ATP RESEARCH > 2019 District Export Report: Goods and Services Exports by US Congressional Districts to China Over the Past Decade

2019 District Export Report: Goods and Services Exports by US Congressional Districts to China Over the Past Decade

Every year, the US-China Business Council undertakes a comprehensive, econometric analysis of US goods and export data to China, broken down by states and voting districts. As in previous years, our data finds that China continues to be a critical export market for American manufacturers and service providers. However, rising uncertainty and bilateral tensions are negatively impacting the commercial opportunities China presents for American companies. Trade tensions with China hit US goods exports in 2018, down 7 percent from the previous year. Services exports increased, but at a slower pace than in previous years. Despite these challenges, trade with China continued to contribute to US economic growth, with US exports to China supporting more than 1.1 million American jobs.

US Exports and US Jobs 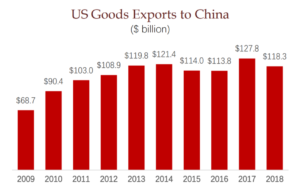 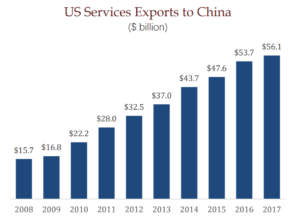 Districts across the country feel the effects of the trade dispute 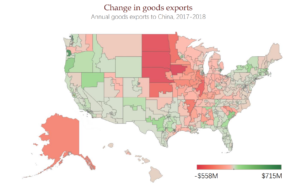