ATP RESEARCH > China’s Changing Perspective on the WTO: From Aspiration, Assimilation to Alienation 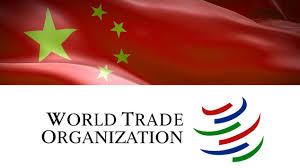 China’s Changing Perspective on the WTO: From Aspiration, Assimilation to Alienation

Twenty years after it became a Member of the WTO, China’s image in popular perception has shifted from the biggest success story of the world trading system to its biggest challenge. In the past few years, tons of research have been conducted on what other WTO Members should or could do to deal with the China challenge, but not much attempt has been made to understand the Chinese perspective on its WTO Membership. Focusing only on the China challenge without understanding the Chinese perspective is rather problematic as it treats China as a passive object rather than an active subject, one with significant economic and political clouts in the world trading system today. This paper fills the research gap by providing the first systemic review of this important yet ignored question, which in my view, would be the key to address the China challenge. The paper argues that the Chinese perspective on the WTO has changed from viewing it as the symbol for its aspiration to integrate into the world economy, to trying to assimilate the Chinese economic system with that of the market-based multilateral trading system, to increasing alienations with the core values of WTO in response to the attacks on its economic system. The paper concludes with lessons drawing from China’s changing perspective, especially on how to manage the China challenge in the multilateral trading system.

China’s Changing Perspective on the WTO: From Aspiration, Assimilation to Alienation