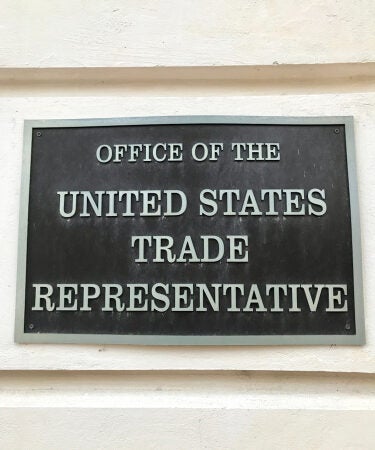 In Part One of this report, we provide an assessment of China’s WTO membership, including the unique and very serious challenges that China’s state-led, non-market approach to the economy and trade continue to pose for the multilateral trading system. In Part Two, we review the effectiveness of the various strategies that have been pursued over the years to address the unique problems posed by China. In Part Three, we emphasize the critical need for new and more effective strategies – including taking actions outside the WTO where necessary – to address those problems. Finally, in Part Four, we catalogue the numerous problematic policies and practices that currently stem from China’s state-led, non-market approach to the economy and trade.

Part One explains that when China acceded to the WTO, it voluntarily agreed to embrace the WTO’s open, market-oriented approach and to embed it in China’s trading system and institutions. China also agreed to take on the obligations set forth in existing WTO rules, while also making numerous China- specific commitments. As we previously documented, and as remains true today, China’s record of compliance with these terms has been poor.

After 20 years of WTO membership, China still embraces a state-led, non-market approach to the economy and trade, despite other WTO members’ expectations – and China’s own representations – that China would transform its economy and pursue the open, market-oriented policies endorsed by the WTO. In fact, China’s embrace of a state-led, non- market approach to the economy and trade has increased rather than decreased over time, and the mercantilism that it generates has harmed and disadvantaged U.S. companies and workers, often severely.

China also has a long record of violating, disregarding and evading WTO rules to achieve its industrial policy objectives. In this report, as in our prior reports, we identify and explain numerous unfair, non-market and distortive trade policies and practices used by China in pursuit of its industrial policy objectives. We also describe how China has sought to frustrate WTO oversight mechanisms, such as through its poor record of adhering to its WTO transparency obligations.

As we explain below in Part Two, for nearly two decades following China’s accession to the WTO, a variety of bilateral and multilateral efforts were pursued by the United States and other WTO members to address the unique challenges presented by China’s WTO membership. However, even though these efforts were persistent, they did not result in meaningful changes in China’s state-led, non-market approach to the economy and trade.

For many years, the United States pursued a dual track approach in an effort to resolve the many concerns that have arisen in our trade relationship with China. One track involved using high-level bilateral dialogues, and the other track focused on enforcement at the WTO.

The United States approached its bilateral dialogues with China in good faith and put a great deal of effort into them. These dialogues were intended to push China toward complying with and internalizing WTO rules and norms and making other market- oriented changes. However, they only achieved isolated, incremental progress. At times, the United States did secure broad commitments from China for fundamental shifts in the direction of Chinese policies and practices, but these commitments were unenforceable and China repeatedly failed to follow through on them. Over time, moreover, commitments from China became more difficult to secure.

Meanwhile, at the WTO, the United States brought 27 cases against China, often in collaboration with like-minded WTO members. We secured victories in every case that was decided. Still, even when China changed the specific practices that we had challenged, it did not typically change the underlying policies, and meaningful reforms by China remained elusive.

In 2017, the previous Administration launched an investigation into China’s acts, policies and practices relating to technology transfer, intellectual property and innovation under Section 301 of the Trade Act of 1974. The findings made in this investigation led to substantial U.S. tariffs on imports from China as well as corresponding retaliation by China. Against this backdrop of rising tensions, in January 2020, the two sides signed what is commonly referred to as the “Phase One Agreement.” This Agreement included commitments from China to improve market access for the agriculture and financial services sectors, along with commitments relating to intellectual property and technology transfer and a commitment by China to increase its purchases of U.S. goods and services.

Many of the commitments in the Phase One Agreement reflected changes that China had already been planning or pursuing for its own benefit or that otherwise served China’s interests, such as the changes involving intellectual property protection and the opening up of more financial services sectors. Other commitments to which China agreed reflected a calculation, as it saw them as appeasing U.S. priorities of the prior Administration, as evidenced by the attention paid to the agriculture sector in the Phase One Agreement and the novel commitments relating to China’s purchases of U.S. goods and services ostensibly as a means to reduce the bilateral trade deficit.

Given these dynamics, and given China’s interest in a more stable relationship with the United States, China followed through in implementing some

provisions of the Phase One Agreement. At the same time, China has not yet implemented some of the more significant commitments that it made in the Phase One Agreement, such as commitments in the area of agricultural biotechnology and the required risk assessment that China is to conduct relating to the use of ractopamine in cattle and swine. China has also fallen far short of implementing its commitments to purchase U.S. goods and services in 2020 and 2021.

The reality is that this Agreement did not meaningfully address the more fundamental concerns that the United States has with China’s state-led, non-market policies and practices and their harmful impact on the U.S. economy and U.S. workers and businesses. China’s government continues to employ a wide array of interventionist industrial policies and supporting measures, which provide substantial government guidance, massive financial resources and favorable regulatory support to Chinese industries across the economy, often in pursuit of specific targets for capacity and production levels and market shares. In furtherance of its industrial policy objectives, China has also limited market access for imported goods and services and restricted the ability of foreign manufacturers and services suppliers to do business in China. It has also used various, often illicit, means to secure foreign intellectual property and technology to further its industrial policy objectives.

The principal beneficiaries of these non-market policies and practices are China’s state-owned and state-invested enterprises and numerous nominally private domestic companies that are attempting to move up the economic value chain in industries across the economy. The benefits that Chinese industries receive largely come at the expense of China’s trading partners and their workers and businesses. As a result, markets all over the world are less efficient than they should be, and the playing field is heavily skewed against foreign businesses that seek to compete against Chinese enterprises, whether in China, in the United States or globally.

The industrial policies that flow from China’s non- market economic system have systematically distorted critical sectors of the global economy such as steel, aluminum, solar and fisheries, devastating markets in the United States and other countries. At the same time, as is their design, China’s industrial policies are increasingly responsible for displacing companies in new, emerging sectors of the global economy, as the Chinese government and the Chinese Communist Party powerfully intervene in these sectors on behalf of Chinese companies. Companies in economies disciplined by the market cannot effectively compete with both Chinese companies and the Chinese state.

In Part Three, we explain that, in recent years, it became evident to the United States – and to an increasing number of U.S. trading partners − thatnew strategies were needed to deal with the many problems posed by China’s state-led, non-market approach to the economy and trade, including solutions independent of the WTO. We also emphasize that these strategies needed to be based on a realistic assessment of China’s economic and trade regime and need to be calibrated not only for the near-term but also for the longer term. Accordingly, as explained below, the United States is now pursuing a multi-faceted strategic approach that accounts for the current realities in the U.S.- China trade relationship and the many challenges that China poses for the United States and other trading partners, both now and likely in the future.

The U.S. Trade Representative announced the initial steps of the United States’ strategic approach in October 2021. This approach includes several components, which we have begun to implement.

First, the United States is continuing to pursue bilateral engagement with China and is seeking to find areas where some progress can be achieved. China is an important trading partner, and every avenue for obtaining real change in its economic and trade regime must be utilized. Currently, we are engaging China on the United States’ most fundamental concerns with China’s state-led, non- market approach to the economy and trade, which includes China’s industrial policies. At the same time, the United States is working to hold China accountable for its existing commitments, including under the Phase One Agreement. If China fully implements the Phase One Agreement, it will help establish a more solid foundation for bilateral engagement on more significant outstanding issues.

Finally, it is equally critical for the United States to work more intensely and broadly with allies and like- minded partners in order to build support for solutions to the many significant problems that China’s state-led, non-market approach to the economy and trade has created for the global trading system. This work is taking place in bilateral, regional and multilateral fora, including the WTO.