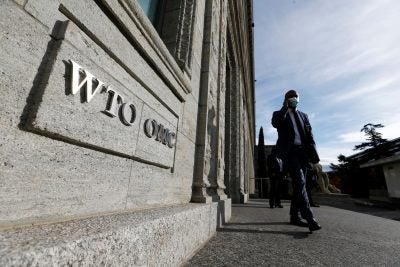 Binding dispute settlement—the ability to obtain a final judgment of whether a member of the World Trade Organization (WTO) has acted inconsistently with its obligations—was the defining attribute of the WTO as created in 1995. Global commerce thrived on having the certainty provided by its taking place within this system. For well over a decade, the United States had complained that the dispute settlement system was undermining the trade remedies—antidumping, countervailing duties against subsidies, and safeguard actions against injurious imports—that were allowed under the WTO’s rules. When a populist US administration assumed office in 2017, it blocked appointments to the WTO’s Appellate Body. Today, the WTO dispute settlement system has become balkanized. The European Union and a number of other countries have banded together to put into place an alternative mechanism. Outside this system are the other two-thirds of the WTO members, including the United States. For most WTO members, no definitive result can be reached as to whether WTO obligations have been violated, as there is no assurance that WTO dispute settlement will be binding for them. This paper addresses how to reconstruct a system that the United States could join that would be broadly acceptable to others. It sets out a wide range of elements for negotiators to consider to rebuild the WTO dispute settlement system and make WTO agreements enforceable again.