Blogs > India Should Reconsider Its Stance Against IPEF Trade Talks 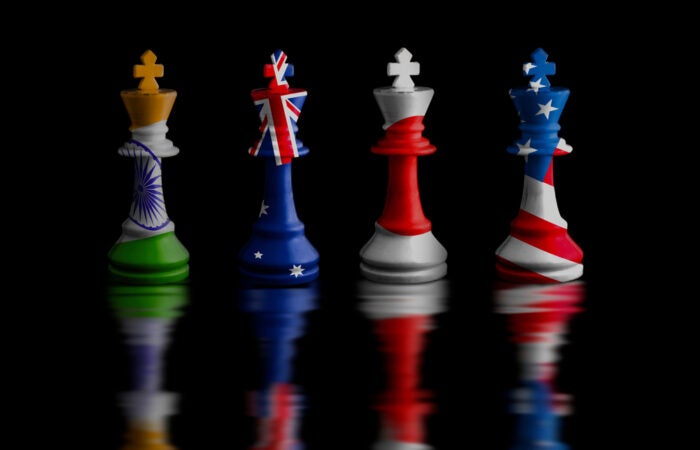 India Should Reconsider Its Stance Against IPEF Trade Talks

To realize Prime Minister Narendra Modi’s goal of tripling India’s annual exports to $2 trillion within five years, the country needs as much access to overseas markets as it can get.

Consequently, New Delhi’s move last month to opt out of the trade pillar of the Indo-Pacific Economic Framework being negotiated by the U.S. and 12 other countries has disappointed those who believed India had become more receptive to deal-making after concluding back-to-back trade pacts with the United Arab Emirates and Australia.

Given the comparatively small size of its domestic market, India needs large overseas markets to help its manufacturers reap the benefits of economies of scale.

The IPEF trade talks might have enabled India to fill the gap created when it dropped out of the Regional Comprehensive Economic Partnership in 2019, just a year before that 15-nation trade liberalization deal was finalized.

It is understandable that India withdrew from RCEP, given that China is a core member. Most Indian manufacturers are uncomfortable with the idea of freer imports from China, given its low-cost production prowess, among other factors. Yet, by Washington’s design, China is not even a prospective member of IPEF.

But left-leaning economists and others are celebrating India’s IPEF move as preserving the country’s freedom to set its own policies on digital trade, labor and environmental issues.

They argue that the U.S. push for free cross-border data flows is aimed at helping its own technology companies maintain their global dominance and conflicts with India’s push for data localization, even though that effort is likely to increase business costs and slow the growth of the country’s digital economy.

The critics worry that linking trade with labor and environmental standards will provide grounds for the U.S. and other IPEF members to erect new barriers against Indian exports. If India had joined the trade pillar, they say, New Delhi would have had to amend many laws and harmonize its legislation with that of the U.S. without clear trade benefits since Washington has ruled out discussion of tariff reductions. They also expect the U.S. to push the IPEF to agree on tightened intellectual property rights standards that would hurt India’s producers of generic drugs.

But India’s decision to let go of the IPEF’s trade pillar while holding on to the framework’s other three core elements — supply chain resilience, infrastructure clean energy and decarbonization, and taxes and anti-corruption — makes little sense.

First, supply chains and trade are interconnected, so it is illogical for India to take part in discussions on only one of them. Second, not joining the trade pillar signals that India’s main motive behind joining U.S.-led initiatives such as the Quad or IPEF is a narrow focus on geopolitics, and that it lacks openness to broader economic cooperation.

Third, the stance regarding labor and environmental standards would appear to clash with Modi’s own efforts to update archaic labor rules and promote decarbonization and green energy.

Indeed, while New Delhi is discussing harmonizing standards in its free trade talks with the EU in order to support its exports, why can India not do the same with the U.S. and the IPEF? Especially since the U.S. could still impose new standards on its own, particularly with the World Trade Organization too paralyzed to act as a check on Washington.

Moreover, if Vietnam can accept tougher regulatory norms, why should India not do so unless it wants to let Hanoi build its share of the U.S. market for electronics, textiles and sporting goods? Indian products are already at a disadvantage in the EU as talks on a bilateral free trade deal drag on, while Vietnam has already implemented a deal with Brussels. 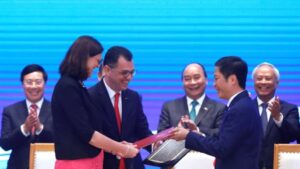 The signing ceremony of the EU-Vietnam Free Trade Agreement in Hanoi in June 2019.    © Reuters

Trade deals are not always about seeking improved market access. Often, they are about protecting existing positions when competitors are winning new preferential access, as with the dance among Vietnam, India and the EU. Interestingly, Vietnam is also pushing for data localization, yet it is remaining part of the IPEF trade pillar.

The criticism that the trade pillar of IPEF will not bring reduced U.S. import tariffs and hence offers limited gains for India is also flawed. Average U.S. import tariffs are far lower than India’s, so a group pact on tariffs would likely have required bigger cuts from New Delhi than from Washington.

India cannot pick and choose as trade deals are invariably about both give and take. Policymakers and the top guns of India Inc. boast of the country’s large and growing market of 1.4 billion people and its place as the world’s fifth-largest economy, but the purchasing power of the average Indian lags well behind that of his or her Chinese counterpart, underscoring the insufficiency of demand from India’s domestic market as a driver for manufacturing growth.

India, therefore should not let go of an opportunity for better access to a potential export market at least 10 times bigger than its domestic market. It must realize that its laws and policies will have to be in sync with international standards and in alignment with the U.S. as the major standard-setting country if it is serious about benefiting from globalization and world trade.

Given the current favorable geopolitical environment of companies and countries seeking alternative production platforms to China, India should reconsider engaging with the IPEF on trade.

Ritesh Kumar Singh is the founder and chief executive of policy research and advisory company Indonomics Consulting in New Delhi.