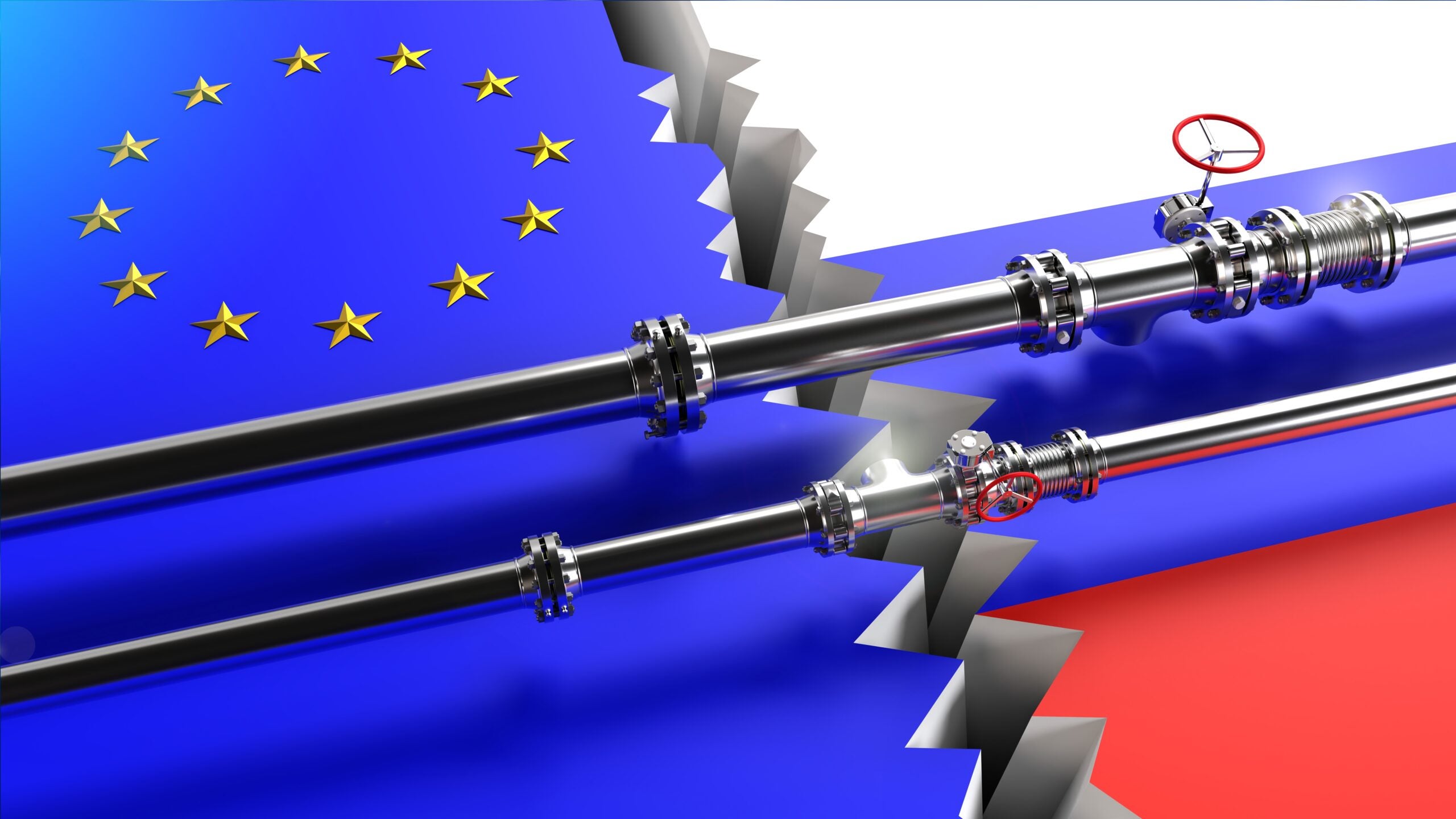 In today’s turbulent world, economic security depends on countries’ ability to depend on their trading partners. This raises serious short-term challenges, particularly for the European Union, which is in the unenviable position of being heavily dependent on Russian energy imports.

MILAN – Building resilience has become something of a mantra in recent years, particularly during the COVID-19 pandemic. But action to boost economic security and advance diversification has been slow. Following Russia’s invasion of Ukraine, however, this might be about to change.

In the decades after World War II, economic actors worldwide put considerable – and growing – faith in a broad-based international commitment to a relatively open global economy. Unlike in the more distant past, when countries would regularly go to war to secure their economic interests, policymakers worried little about arbitrary or politically motivated denials of access to critical resources or markets. They could limit their concerns to issues such as the economy’s exposure to changing supply and demand conditions, and sometimes to violent price movements.

But tensions, frictions, and blockages in global supply chains during the pandemic began to erode this faith. Prices and markets were not the primary determinant of the distribution of vaccines. Moreover, China, the United States, and others have erected high barriers to foreign (especially their rivals’) tech firms’ market access, citing national-security concerns.

More broadly, economic and financial sanctions have become a foreign-policy weapon of choice, especially in the US. It should be no surprise, then, that sanctions have formed the bulk of the West’s response to the Ukraine crisis, especially given the likelihood that Russia would treat any direct military intervention by NATO in Ukraine as a declaration of war. The US and the European Union moved quickly to cut off major Russian banks from international transactions by excluding them from the SWIFT financial messaging system and have now frozen the Russian central bank’s assets.

With Russia’s economy already reeling, it is now crystal clear that a country’s economic security depends on its broader relationships with its trading partners, which must be reasonably reliable and predictable. This raises serious short-term challenges, particularly for the EU, which is in the unenviable position of being heavily dependent on Russian energy imports.

As it stands, Russia supplies nearly 40% of Europe’s natural gas. The fear of losing that supply has significantly constrained the West’s economic response to the invasion of Ukraine. For example, there was initial resistance by major EU countries to excluding Russia from SWIFT, and when the decision was made, only “selected” banks were affected.

At the same time, Russia depends on the EU to continue purchasing its gas. So, perhaps the most powerful economic weapon in the West’s arsenal is one the EU cannot use without imposing severe damage on itself. The result is akin to the “mutual assured destruction” that the world has long counted on to deter nuclear attacks.

As Italian Prime Minister Mario Draghi acknowledged last week, “The events of these days show it was imprudent not to have diversified more our sources of energy and our suppliers in recent decades.” Indeed, Europe seems to have been backed into an energy corner, though non-energy-related sanctions are undoubtedly tough and can still be tightened. In any case, the costs of any sanctions – including Russia’s isolation from global markets and loss of access to products and technologies – depend in significant part on the extent to which China decides to support Russia.

For now, European leaders will simply have to deal with what comes. But, to strengthen their longer-term security in an increasingly turbulent world, countries must also build economic resilience – achieved through diversification – into their foreign-policy strategies.

When it comes to energy, Europe could emulate Japan, which is also entirely dependent on imported fossil fuels. Japan acquires oil from several countries in the Middle East, and natural gas in the form of liquefied natural gas (LNG) from Australia, Malaysia, Qatar, Russia, the US, and others, with Australia having the largest market share (27%). If Europe’s energy sourcing looked more like Japan’s, the payoff structure of the current Russia-West game would look very different, with Europe having the power to impose asymmetric costs on Russia through energy-related penalties.

This is not true only for imports. Given that market access can be cut off – China learned this firsthand during US President Donald Trump’s administration – countries should also strive to diversify their export markets. While it is difficult to diversify away from economies as large as the US or China, countries can move in that direction.

Of course, the most urgent imperative is to diversify away from unpredictable trading partners. Partners with whom the rules of engagement are clearly agreed and likely to remain stable pose far less risk, reducing the benefits of diversification. Nonetheless, countries should avoid excessive dependence on any partner, no matter how stable, not least because of the rising risks of disruptions linked to climate change.

It is important to note that the necessary level of diversification – that is, a level that enhances a country’s economic security and bargaining position in the event of a crisis – is unlikely to emerge as a purely market outcome, because the economic and strategic benefits are not fully captured by market participants. Although market participants recognize the risks and will not refuse to diversify markets and sources of supply altogether, they probably will not go far enough.

Given this, public policy and international coordination must play an important role in advancing this process. Fortunately, for now, policymakers have strong incentive to take the necessary steps. But whether their sense of urgency will persist, or fade as perceived threat levels decline, remains to be seen.

Michael Spence, a Nobel laureate in economics, is Professor of Economics Emeritus and a former dean of the Graduate School of Business at Stanford University. He is Senior Fellow at the Hoover Institution, serves on the Academic Committee at Luohan Academy, and co-chairs the Advisory Board of the Asia Global Institute. He was chairman of the independent Commission on Growth and Development, an international body that from 2006-10 analyzed opportunities for global economic growth, and is the author of The Next Convergence: The Future of Economic Growth in a Multispeed World (Macmillan Publishers, 2012)