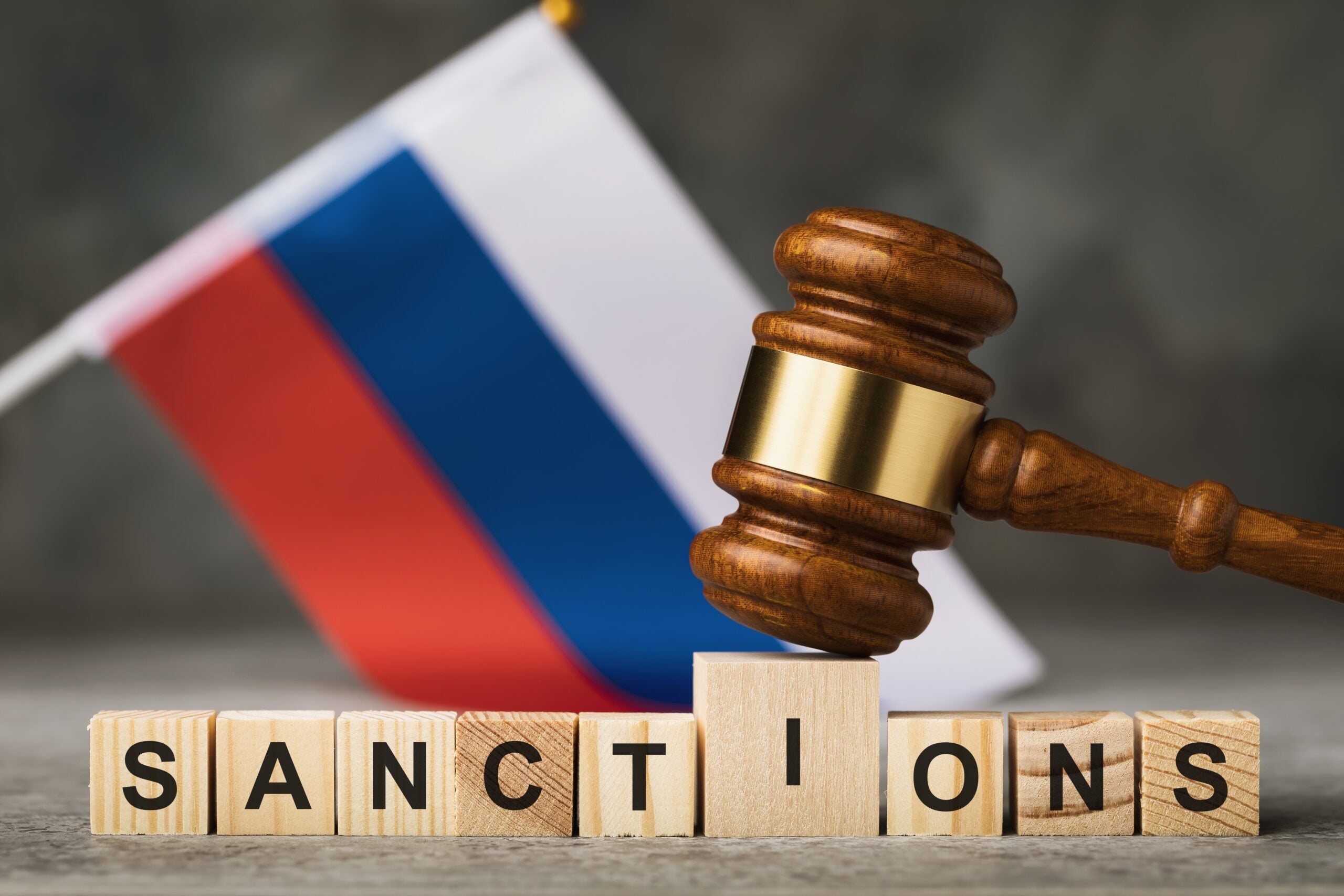 Why Financial Sanctions Might Not End Russia’s War on Ukraine

Countries that are net commodity exporters are different from those that are not. Not only do they have the ability to use debt (a financial asset) to finance consumption and investment to accommodate shocks, but they can also sell their commodity (a real asset) in international markets at a given price. This is the case of Russia, a net oil exporter that can sell oil and natural gas internationally.

Since Russia invaded Ukraine in February 2022, many countries have announced a wide range of financial measures to impede Russia’s ability to fund the war. However, Russia has not been excluded from international oil markets, despite many Western countries banning oil imports from that country.

The Relationship between Debt and Oil

In this blog post, we discuss this relationship between sovereign risk (debt) and oil in the data, and its effect on Russia’s invasion of Ukraine.

In a 2022 working paper, Franz Hamann, Juan Camilo Mendez-Vizcaino, Enrique Mendoza, and Paulina Restrepo-Echavarria built a model of external sovereign default and oil extraction (PDF) and also used real-world data to study this relationship. The working paper was motivated by the fact that if we look at the behavior of oil prices over time, and how they relate to the Emerging Markets Bond Index (a measure of sovereign risk) and the number of defaults in the world’s 30 largest net oil exporters that are emerging markets, we can see that there is a negative relationship, as shown in the figure below.

Negative Relationship between Oil Prices and Spreads and Default Episodes 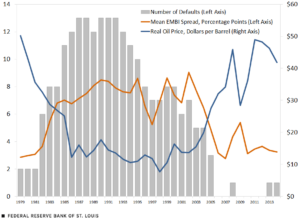 NOTE: The Emerging Market Bond Index (EMBI) spread is the difference between the yield on 90-day Treasury bills and the interest rate on bonds of the world’s 30 largest net oil exporters that are emerging markets.

Furthermore, in the paper the authors explored this relationship in a formal way by running an error correction model, which allowed them to study how sovereign risk is affected by changes in oil production, changes in nonoil gross domestic product (GDP), changes in oil reserves, changes in external public debt and changes in oil discoveries, as well as by all these same variables in the long run.

A country that has more oil reserves is riskier. How is this possible if more oil production improves its ability to repay debt? In the working paper, the authors argued that a country with more oil underground has not only financial assets but also oil, which is a real asset to finance spending. Hence, unlike a country that only has access to financial assets, an oil-exporting nation can still use oil to finance spending if it were excluded from international financial markets, making it less worried about the cost of default.

This is exactly what is going on in Russia right now. The country has received numerous financial sanctions from countries all over the world, but the Russians are undeterred given that they have not been excluded from international oil markets. With large oil reserves and access to international oil and natural gas markets, Russia can still use revenues from oil sales to finance war and other spending; hence, the country behaves riskier.

The downside of that is oil remains a risky asset because prices fluctuate frequently. However, oil prices are high right now, and if they do not drop sharply, Russia will still have high returns on its real assets, making the nation indifferent about being excluded from international financial markets.

Paulina Restrepo-Echavarria is a senior economist at the Federal Reserve Bank of St. Louis. Her research focuses on international macroeconomics and on search and matching models of the labor and marriage market. She joined the St. Louis Fed in 2014. Read more about the author and her research.

Praew Grittayaphong is a research associate at the Federal Reserve Bank of St. Louis.