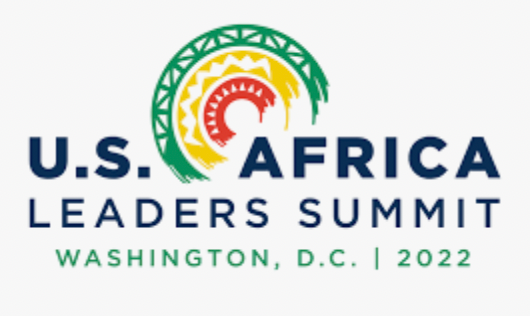 This week, US President Joe Biden is hosting African leaders in Washington from for the second US-Africa Leaders Summit. The first, organized in 2014 under the Obama administration, focused on trade, investment, and security as key pillars of US-Africa engagement. Achieving lasting peace and prosperity remains the overarching objective for Africa, which has operated below its potential for decades and has seen high-intensity conflicts that have drained resources, undermining investment, growth, and economic integration.

The summit comes at a challenging time, characterized by deteriorating security conditions on the continent—reminiscent of the Cold War era—exacerbated by rising geopolitical tensions and the urgency to ramp up the energy transition and combat climate change. There is a risk that the subordination of growth and development objectives to security priorities, which has dominated US engagement with Africa, will persist in today’s highly geopolitically driven world.

The United States’ continuous prioritization of security over development (otherwise known as the securitization of development) in its engagement with Africa could be counterproductive: It could easily undermine the net-zero transition as well as opportunities for maximizing the benefits of the African Continental Free Trade Area (AfCFTA), which policymakers hope will alleviate the concentration of global supply chains for greater resilience.

Moving up the value chain

The securitization of development has been costly for both Africa and the United States and has led to the weakening of US-Africa relations. This is especially evident in the trade arena, where the United States has been losing ground at lightning speed. For decades, it was Africa’s largest trading partner, accounting for as much as 26.5 percent of total African trade in 1980 according to data from the African Export Import Bank (Afreximbank). That figure has fallen into the single digits, to around 6 percent of total African trade, with US investment on the continent having declined sharply as well.

Perhaps the most consequential factor behind the collapse of US-Africa trade has been the stickiness of the colonial development model based on resource extraction, under which Africa is relegated to participating in global value chains (GVCs) along forward rather than backward activities, predominantly as a provider of primary commodities and raw materials. Initially this model grossly inflated US-African trade—both on the export and import side of the trade balance sheet—with the United States importing crude oil from Africa and exporting refined petroleum products back to the continent.

In the modern era of global value chains, in which intermediate goods have become the leading drivers of world trade, falling US investment in Africa has blunted the expansion of US-African trade. Moreover, the predominance of natural resources in that trade has always presented a major risk. For example, as the twenty-first-century US shale boom put the country on a path toward energy independence—with advances in fracking technology lowering production costs and raising oil output—US petroleum imports declined dramatically; between 2014 and 2020, the United States cut its oil imports from Africa by around 40 percent, according to Afreximbank.

While many African countries are oil producers, they rely on imports for refined petroleum products. Under that highly carbon-intensive “round-tripping” model, Nigeria, Africa’s largest oil-producing country, for decades exported crude oil to the United States and imported refined petroleum products back to power its economy, at a huge cost in terms of macroeconomic stability, jobs, and environmental degradation.

Besides increasing the carbon footprint of the heavily polluting shipping industry, the costs of the round-tripping model are significant and go beyond dwindling trade numbers. There is a human element: People are being sickened by intense greenhouse gas emissions and wounded—or, in the worst cases, killed—in conflicts fueled by climate change and competition for scarce resources. Africa is on the frontlines of the global climate crisis, despite being the continent contributing the lowest total greenhouse gas emissions. Round-tripping has also exported jobs off of the continent, which is already contending with Great Depression-level unemployment rates, exacerbating poverty and adding to conflict-fueled migration flows.

At the macro level, the conditions created by round-tripping have long undermined the continent’s pursuit of economic stability, with sustained foreign-exchange leakages increasing the frequency of balance-of-payment crises. Africa’s position as an importer of refined petroleum products plays an outsized role in these crises, a vulnerability that leaders across the continent are looking to address. In Nigeria, for example, a new Dangote Group refinery and petrochemical plant that will come on stream early next year could, according to estimates from the Central Bank of Nigeria, save the country up to 40 percent of its foreign exchange earnings.

Ultimately, the securitization of development in US-Africa engagement has delivered neither security nor development. And the predominance of natural resources has underscored the economic and political risk to both parties, with the sharp decline of US-African trade weakening its relevance for Africa’s development in an increasingly competitive geopolitical world.

Next steps for the US and Africa

There are key questions to consider during what could be a history-making summit in Washington: Can the trend be reversed to boost US-African trade and correct the balance between security and development? And why should such a course of action be undertaken?

On the first question, increased manufacturing in Africa can help the continent diversify its exports beyond primary commodities and natural resources and integrate effectively into the global economy. In addition to its strong theoretical foundation for economic development, manufacturing has other positive spillovers including opportunities for economies of scale and productivity growth, technology transfers, integration into GVCs, and capital accumulation. Recent estimates show that this drives 20 percent of US capital investment and 60 percent of US exports.

Across the developing world, manufacturing has offered a path for low-income countries to increase their shares of global trade. One example is Vietnam, which over the course of the past decade has become one of the United States’ ten largest trading partners, leaping ahead of powerful nations such as France and Italy, according to the Africa Export and Import Bank. Vietnam has achieved this by successfully improving its connections to GVCs, including those around technology. More than 40 percent of Samsung cellphones are manufactured in Vietnam, enabling the country to reap the benefits of the frontier technology industries that are propelling global growth.

Most African countries, which possess the raw materials necessary to manufacture these and similar technology products, could achieve the same performance—if it weren’t for the colonial development model of resource extraction. For instance, the Democratic Republic of Congo, which some call “the Saudi Arabia of cobalt,” could potentially enter electric vehicle GVCs not solely as a resource provider but as provider of lithium batteries and other crucial, manufactured components.

In addition to boosting US-African trade, such involvement across GVCs would mitigate the continent’s vulnerability to adverse commodity terms of trade and improve living standards, as has been the case in Vietnam, where poverty rates have fallen sharply. Simply put, since greater backward participation in GVCs leads to higher gross exports, domestic value added, and employment, manufacturing reduces poverty—and its poverty-reducing effects are even more pronounced in low-income countries.

Turning to the second question, the benefits of increasing manufacturing output and diversifying exports in terms of growth and welfare are textbook trade theory. But there are also two additional benefits with significant geopolitical implications: The diversification of global supply chains for greater resilience and the reduction of the global carbon footprint.

The AfCFTA, which entered into force last year and is expected to catalyze competitive value chains across the continent, provides a new framework for US-Africa engagement. Beyond diversifying Africa’s sources of growth and turning the page on the costly round-tripping model, the agreement has the potential to cut carbon emissions significantly by facilitating the net-zero transition and promoting the diversification of global supply chains. The latter is especially important for building greater resilience in today’s geopolitically tilted world, where trade is increasingly treated as another weapon in superpowers’ arsenals.

There are other reasons for the United States and the world to prioritize Africa in the decentralization of global supply chains. The continent’s young population positions it as a growing consumer market, and shrinking the distance between production and consumption would further alleviate the global carbon footprint during the net-zero transitional period. Simultaneously, economies of scale associated with the AfCFTA will further boost productivity and returns on investments, especially as corporations take advantage of regional integration to spread the risk of investing in smaller markets and, in the process, strengthen investment and trade and lift African exports.

Transcending the colonial development model of resource extraction could position a reforming Africa as the next great frontier market for global investors chasing high yields and resilient supply chains amid today’s rising geopolitical tensions. Earlier this year, US Treasury Secretary Janet Yellen promoted “friend-shoring” to shift supply chains away from countries that present geopolitical and security risks to supply chains. It is up to the United States to change its ways and make new friends during its second US-Africa Leaders Summit.

Hippolyte Fofack is the chief economist at Afreximbank.