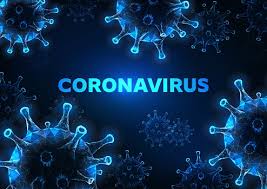 The United States which has more confirmed cases (7,718,947) than any other nation and more confirmed deaths from COVID-19 (214,377), saw the number of new cases increase over the last two weeks following the change in direction recorded in the prior two weeks after three two week periods where the U.S. saw a decline in new cases. The U.S. recorded the extraordinary number of 908,980 new cases during the fourteen day period July 20-August 2. That number declined to 740,721 during August 316 and further declined to 600,417 new cases in the August 17-30 period and was further reduced to 524,526 new cases in the August 31-September 13 period. The downtrend was reversed during September 14-27, when the number of new cases increased to 592,690 or a daily average of 42,335 cases. During September 28-October 11, the United States recorded 640,149 new cases (45,725/day). That number is likely to continue upward as recent days have seen the United States recording new cases at more than 50,000/day.

The United States had the second largest number of new cases, following only India whose number of new cases has started a slow descent from its peak of 1,238,176 new cases two weeks ago, with 1,061,274 new cases recorded during September 28-October 11. India is the only country to have recorded more than one million cases in a two week period.

India, the United States and Brazil accounted for 47.31% of the new global cases during the last two weeks, down from 54.33% during September 14-27 and down from 58.34% in the August 31-September 13 period. The three countries account for prior two weeks) and account for 53.25% of all cases confirmed since late December 2019.

As reviewed above the United States is seeing a rising number of cases over the last four weeks, a trend that unfortunately seems certain to continue in the near future.

With the reopening of some international travel and with the end of the summer holiday season and the start of cooler weather in fall for northern hemisphere countries, there has been a noticeable surge of new cases in many developed countries, particularly in Western Europe where is it generally described as the coming of the second wave of COVID-19 cases.

Germany showed a significant increase in the most recent two weeks to 38,724 from 24,712 the prior two weeks and 17,657 new cases in the period from the end of August to mid September.

Czechia which spiked following summer vacations saw its number of new cases during September 28 October 11 grow to 46,080 from 23,893 the prior two weeks and from 11,307 in the August 31 September 13 period.

The world in the first nine and a half months of 2020 has struggled to get the COVID-19 pandemic under control. While many countries in Europe and some in Asia and the major countries in Oceania had greatly reduced the number of new cases over time, there has been a significant resurgence in many of these countries (particularly in Europe) as their economies reopen, travel restrictions are eased, schools reopen in many countries and fall comes to the northern hemisphere. But the number of new cases continues to rage in much of the Americas (and there is a new surge in Canada and the start of resurgence in the U.S.), in parts of Asia (in particular India) and in limited parts of Africa. A recent WTO Secretariat information paper showed that there has been a reduction in shortages of many medical goods needed to handle the COVID-19 pandemic which is obviously good news, although as the global total of new cases continues to rise, there may yet be additional challenges in terms of supply. See 18 September 2020, Information Note, How WTO Members Have Used Trade Measures to Expedite Access to COVID-19 Critical Medical Goods and Services, https://www.wto.org/english/tratop_e/covid19_e/services_report_16092020_e.pdf

In the northern hemisphere, countries are going into fall where there will likely be greater time spent indoors which could result in a significant spike in cases which could further stretch the global ability to respond.

Moreover, in many countries, stimulus packages have run their course such that large scale increases in unemployment could happen in the coming weeks. This has been the case in the United States even though the President and many of those closest to him have tested positive for COVID-19. Efforts at a new stimulus package have stalled despite a House which passed a package back in May and a second package in recent weeks. It remains unclear if anything will happen before the national elections on November 3. The result has been tens of thousands of employees furloughed in the airline industry, at major employers like Disney and will likely be the case for many state and local government employees with the start of the fiscal year in October and the obligation for most states to run a balanced budget. The failure of a new stimulus initiative will significantly increase the braking action on the economy from the pandemic in the fourth quarter of 2020 in the United States.

Similarly, as countries in much of the developed world take new restrictive actions to address the second wave of cases, there will likely be significant ongoing effects to the global economy and international trade.

The progress on developing safe and effective vaccines is encouraging and has been sped by the willingness of major economies like the U.S. and the EU to fund manufacturing ahead of actual approval of the promising vaccines. Still the timing of outcomes remains unknown though anticipated by the end of 2020 and first part of 2021. China has been distributing one of its vaccines to parts of its population in advance of formal clearance of stage three trials. The Russians have been lining up customers for their vaccine even though the stage three trials are only underway and the results will lag the initial rollout of the vaccine. For other countries (the U.S., European Union, Japan, etc.) the rollout of vaccines if approved will take time to get large parts of the global population vaccinated. It is unclear what the global capacity will be to produce vaccines proven to be safe and effective, although reports suggest a likely significant shortfall despite government assistance in the global supplies that will be available in 2021. This uncertainty about likely capacities, plus the large purchases made by major western governments (U.S., EU, U.K., Japan), will likely place a large cloud over much if not all of 2021 in terms of distribution of vaccines even in an optimistic scenario.

With the world collectively unable to get the pandemic under control in many parts of the world, with likely increases this fall and winter, with fatigue in many countries on the actions needed to slow the spread of the virus and, in at least some countries, the mixed messages from the government on the correct actions needed to gain control, the rest of 2020 will be very challenging. With the global death count now over one million, there have already been tens of thousands and likely hundreds of thousands of deaths that didn’t need to occur. The prospect of tens of thousands or even hundreds of thousands more dying needlessly hang over the global community as an inexplicable failure of at least some governments to protect their citizens and to cooperate for a comprehensive global response.