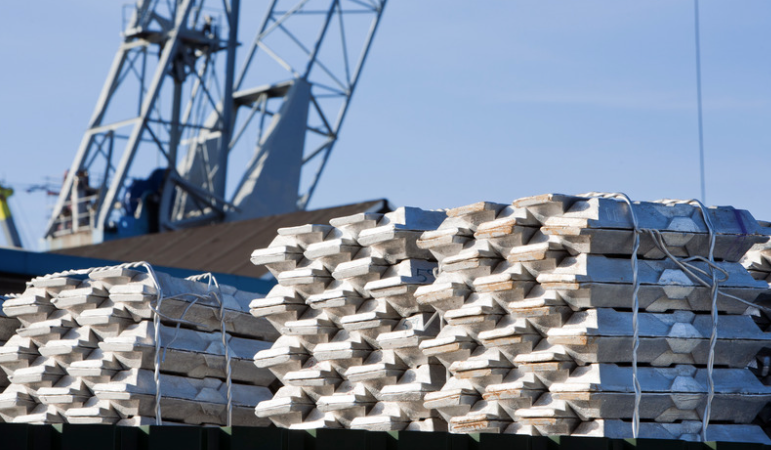 On Thursday, February 24, WITA held its Trade & Environment Series and discussed the intersection of industrial subsidies, trade and climate change by focusing on two energy-intensive and trade exposed sectors: steel and aluminum.

Panelists discussed how like-minded countries can work together to level the playing field on trade while moving toward more environmentally sustainable steel and aluminum production.

Moderator: Ken Ash, Visiting Fellow at the Institute for International Trade (Adelaide), and former OECD Director of Trade and Agriculture. He is also a part-time advisor to aluminum associations representing companies in the US, Europe, Japan, and Canada.

Julia Nielson: As Deputy Director of the OECD Trade and Agriculture Directorate (TAD), Ms Nielson helps oversee work to develop and communicate evidence-based advice to governments with the aim of helping them improve the domestic and international performance of their policies in the areas of trade, food, agriculture and fisheries.

Ms. Nielson has over 20 years’ experience in multilateral trade and development, strategy and management. She was previously Head of the Emerging Policy Issues Division in TAD, with responsibility for issues including digital trade, and the level playing field. Prior to that, she worked for the World Bank Group (WBG), including in the office of the then-President of the WBG, Bob Zoellick.

Ms. Nielson began her international career in the Australian Department of Foreign Affairs and Trade, following which she joined the OECD Trade Directorate, working on trade in services. Ms Nielson left the OECD in 2005 to join the Trade Department of the WBG. Ms Nielson holds a Bachelor of Arts Hons (1st class) and a Masters in Foreign Affairs and Trade from the Australian National University.

Alan Price has more than 30 years of experience representing clients in high-profile, complex international trade regulatory matters, including trade litigation involving public and government relations issues. In addition to being chair of the firm’s International Trade Practice, he heads the firm’s antidumping and countervailing duty practice. He also counsels clients on bilateral and multilateral agreements, trade legislation, customs regulation, Foreign Corrupt Practices Act (FCPA) compliance issues, escape clause investigations, and World Trade Organization (WTO) dispute resolution. Regularly rated by Chambers USA as one of the nation’s “Leading Lawyers” in his field, Alan “gets solid results consistently” (2016) and is commended for his “big-picture oriented approach” (2014). Clients have described him as “attentive, responsive and insightful” (Chambers USA 2017) and as “a ‘go to’ lawyer” who is “knowledgeable, efficient and client focused” (The Legal 500 US 2013).

Lloyd A. “Buddy” Stemple, originally from West Virginia earned a B.S. Industrial Engineering and Masters in Business Administration from West Virginia University and a Masters in Practicing Management from McGill University in Montreal.  Buddy began his career in the Aluminium industry in 1979 with Kaiser Aluminium and moved to Alcan Aluminium/Novelis in 1983 where he held various positions in Operations, Human Relations, Sales & Marketing ,up to Vice President & General Manager of Novelis Specialty Product through 2009.   Buddy joined the Oman Aluminium Rolling Company (OARC) in 2010 as Chief Executive Officer and has overseen the establishment of the facility, organization and marketing plans for the company.  OARC is a 140,000 ton per year light gauge rolling facility located in Sohar Oman.   The world class facility provides light gauge aluminium sheet to the food, heat exchanger and construction industries.  In March of 2014, Buddy was appointed Chief Executive Officer of Constellium Ravenswood LCC in Ravenswood WV.    Buddy returned to his home town to lead the Constellium Rolled Products Ravenswood which is an industry leader in aerospace plate, General Engineering plate and Specialty rolled products.

Buddy is also a Director of Pathfinder Bank Holding Company (NASDAQ: PBHC), an Upstate New York Community Bank Holding Company of Pathfinder Bank based in Oswego, NY with assets of $1.2 billion.     He is also a member of the Board of Directors for the Aluminum Association and is currently the Association’s Chairman.   He has also served as the Chairman of the Automotive and Light Truck Group for the US Aluminum Association focusing on vehicle light-weighting with aluminium products.

Ken Ash was Director of Trade and Agriculture at the OECD between 2008 and September 2020, having served as Deputy Director since 1999. Ken led OECD efforts to develop and communicate evidence-based advice to governments with the aim of improving the domestic and international performance of trade, food, agriculture, and fisheries policies. Prior to joining the OECD Ken had extensive experience in the Government of Canada. As Director General, Economic and Policy Analysis (1995-99) he provided strategic policy advice on agriculture and trade policy issues and on government-wide policy and institutional reforms.

Ken is the founder of Ash Global Insights, a consultancy service on international trade and agriculture policies, with a particular emphasis on subsidy reform, value chains, and food systems, and is a Visiting Fellow at the Institute for International Trade, Adelaide.