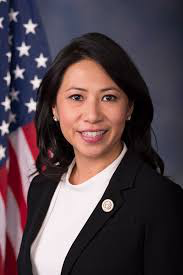 U.S. Congresswoman Stephanie Murphy represents Florida’s Seventh Congressional District in the U.S. House of Representatives. The district includes all of Seminole County and much of northern Orange County, including downtown Orlando, Maitland, Winter Park, and the University of Central Florida. She currently serves on the influential House Ways and Means Committee, where she is a member of the Subcommittee on Trade and the Subcommittee on Worker and Family Support.

Kenneth Levinson is the Executive Director of the Washington International Trade Association (WITA). WITA is Washington’s largest non-profit, non-partisan organization dedicated to providing a neutral forum in the U.S. campital for the open and robust discussion of international trade policy and economic issues. WITA has over 3,500 members, and more than 170 corporate sponsors and group memberships.