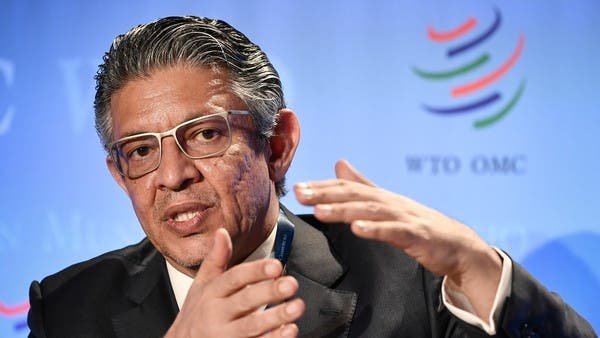 On Wednesday, August 5th, WITA hosted a conversation with WTO Director General Candidate HE Mohammed Al Tuwaijri. Mohammed Al Tuwaijri is Saudi Arabia’s candidate to be Director General. He is currently an advisor to the Saudi Royal Court in a Minister Rank. Formerly he served as Minister of Economy and Planning of Saudi Arabia, Vice Chairman and CEO of HSBC’s Global Banking & Markets, Middle East & North Africa (MENA), and as Managing Director of JP Morgan Chase Bank, Saudi Arabia. He has a Bachelor’s degree from the King Faisal Air Academy, and an MBA from King Saud University.

HE Mohammad M. Al-Tuwaijri was the Minister of Economy and Planning for Saudi Arabia from 2016 until 2020. His priorities as a Minister have been to foster the Saudi economy through a comprehensive economic reforms, policies, strategic planning and regulations to achieve the Kingdom’s diversification objectives including removing obstacles to productivity and competitiveness. He has focused on strengthening the integration of SMEs into the local and global economy; encouraging privatization and PPP; and enhancing regional and international cooperation with trading partners and relevant stakeholders based on best standards to promote trade, and leverage on best practices to achieve economic prosperity and sustainability.

While focusing on the realization of Saudi Vision 2030 and the National Transformation Program, he was keen to strengthen policy research and analysis that will better position the economy of the Kingdom to support the evolving trade and investment policy environment.

Prior to 2010, he was the Managing Director and CEO of J.P. Morgan Saudi Arabia. He established the bank operation bottom up, starting alone initially and ended up with one of the most profitable global entities in the kingdom with a reputable client base including almost all of the GREs and MNCs operating locally. He also led major capital market transaction like the mining company Ma’aden IPO and a major secondary offering of Saudi Mobily Co. a telecom operator owned by UAE Etisalat.

HE Al-Tuwaijri has a Bachelor’s degree from the King Faisal Air Academy, and an MBA from King Saud University.