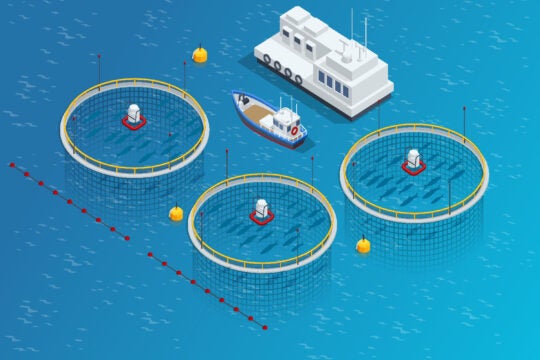 Discussion with Angela Ellard, Deputy Director-General of the WTO


On Thursday, July 28th, WITA held a webinar with Angela Ellard, the Deputy Director-General of the WTO, to discuss the recently concluded Fisheries Agreement at the WTO, and next steps at the WTO on fisheries and environmental sustainability.

Angela Ellard has served as the World Trade Organization’s Deputy Director-General since June 2021. Prior to her appointment, Ms Ellard had a distinguished career serving in the US Congress as Majority and Minority Chief Trade Counsel for over 26 years. She is internationally recognized as an expert on trade and international economic policy, resolving trade and investment barriers, negotiating trade agreements, and supporting multilateral solutions as part of an effective trade and development policy.

Immediately prior to joining Silverado, Ms. Stewart led the public policy efforts at Amazon on U.S. trade policy and export controls matters. From 2013 to 2018, Ms. Stewart worked for the Office of the United States Trade Representative, with her most recent position being the Deputy Assistant USTR for Environment and Natural Resources. During her time at USTR, Ms. Stewart was the lead environment chapter negotiator for the US-Mexico-Canada Agreement and the Transatlantic Trade and Investment Partnership (TTIP) negotiations with the European Union.

Prior to joining USTR, Ms. Stewart served in different legal and policy roles at The Humane Society of the United States and Humane Society International, including spearheading a first ever international legal group. Ms. Stewart began her career at the Law Offices of Stewart and Stewart, where she worked on behalf of U.S. manufacturing companies and workers. Ms. Stewart serves as a policy advisor for the Center for Climate and Trade, is a fellow at the National Security Institute, and is on the advisory board of American University’s Washington College of Law Program on Environmental and Energy Law.

Jennifer Prescott joined Amazon in 2020 and serves as Director for International Trade and Tax Policy for Amazon Web Services (AWS), as well as Director of Latin America Public Policy for AWS. Prior to joining Amazon, Jennifer served as Assistant United States Trade Representative (USTR) for Environment and Natural Resources, and while at USTR, she led negotiations on a variety of bilateral, regional and multilateral trade agreements, including the US-Mexico-Canada Agreement (USMCA) and the TransPacific Partnership (TPP) Agreement. Jennifer also chaired a number of interagency committees charged with overseeing implementation of U.S. trade agreements, as well as developing trade policies to promote clean and renewable energy technologies. When first joining USTR in 2001, Jennifer served as Director for Transatlantic Trade Issues in USTR’s Office of Europe and the Mediterranean.

Prior to joining USTR, Jennifer held several positions at the U.S. Department of Commerce, International Trade Administration (ITA), including work to coordinate ITA’s participation in multilateral standards-setting bodies, as well as multilateral rules governing chemicals and biotechnology trade. Jennifer began her career in Washington in the U.S. Senate.