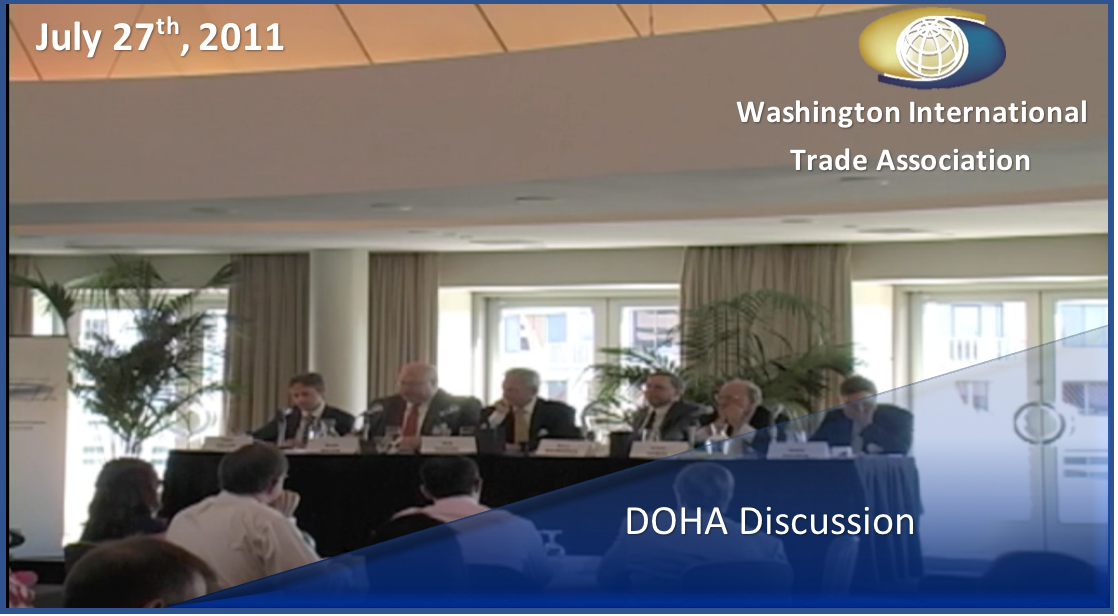 International Trade WTO
After nearly ten years of negotiations, the Doha Round of global trade negotiations is at a crossroads.  Revised negotiating texts are working their way to the surface amid new concerns that gaps in the negotiations are unbridgeable.  Join WITA and trade experts representing a cross-section of interests for an analysis of the economic value of the Round and a frank assessment of the negotiations.