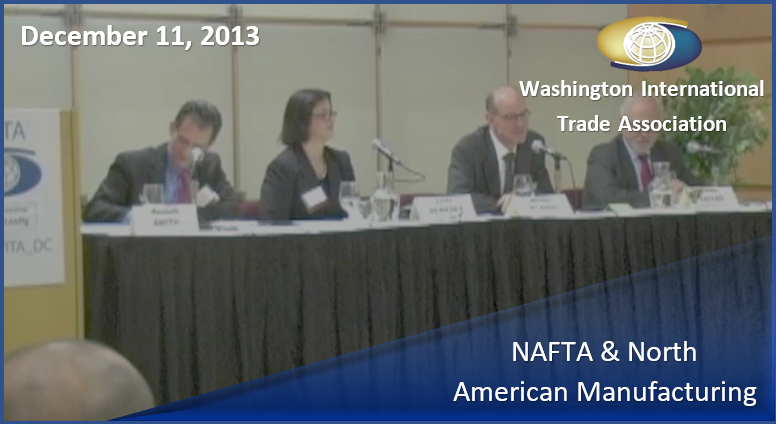 Foreign Direct Investment FTA Manufacturing NAFTA Supply Chains TPP Trade TTIP
New Year’s Day 2014 will mark the 20th anniversary of the implementation of the North American Free Trade Agreement (NAFTA). As one of the largest free trade areas in the world, the NAFTA region comprises nearly 450 million people, accounts for nearly $1.5 trillion in annual cross-border trade and has fostered a $700 billion cross-border investment relationship. One of the key benefits of NAFTA is the thriving manufacturing sector that has resulted from the development of integrated supply chains, which allow each country to specialize in different parts of the production process in order to export more competitive goods abroad. This integration has provided a significant impetus to job creation across the continent. As negotiations heat up on the Trans Pacific Partnership (TPP) and Transatlantic Trade and Investment Partnership (TTIP) agreements, NAFTA’s success in spurring manufacturing should be part of the conversation.