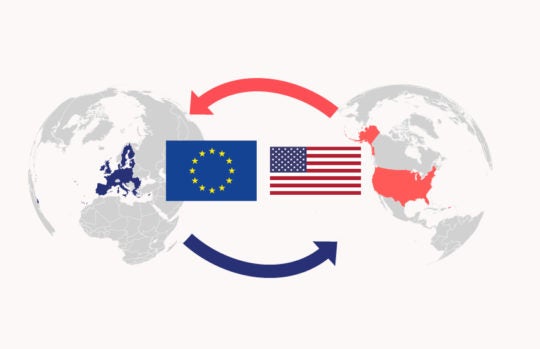 With a new U.S. Administration promising to re-set transatlantic and global relations, and Europe in the midst of its own transitions, 2021 will be a year of change in trade and transatlantic relations.

On April 13, 2021, the Washington International Trade Association (WITA) and the Friedrich Naumann Foundation held a transatlantic dialogue of U.S., EU and global trade.

Marjorie A. Chorlins, Senior Vice President for European Affairs at the U.S. Chamber of Commerce, leads the organization’s policy development and advocacy related to trade and investment with Europe. She is also Executive Director of the U.S.-UK Business Council.
With more than 30 years of experience in the private, public, and nonprofit sectors, Chorlins has focused on forging consensus among competing points of view. She has represented the U.S. government in multilateral trade negotiations, advocated in support of global sales, consulted with multinational corporations on corporate responsibility, and helped foster a robust transatlantic relationship.
Chorlins began her federal government service in the office of former Sen. John C. Danforth (R-MO), where she participated in drafting the 1988 Trade Act and the 1989 implementing legislation for the U.S.-Canada Free Trade Agreement. She continued her government service as principal deputy assistant secretary for Import Administration at the Department of Commerce, representing the U.S. in the GATT Uruguay Round and NAFTA negotiations.
Chorlins then became director for international trade relations at Motorola Inc. She played a leadership role in early business community efforts to normalize U.S.- China commercial relations and was an early proponent of a balanced approach in addressing commercial, human rights, and environmental priorities.
Subsequently, Chorlins served as executive vice president of Business for Social Responsibility, which provides technical assistance on socially responsible business practices.
She later rejoined Motorola’s government relations organization as senior director of advocacy & global strategy, leveraging political resources to support the company’s international sales and resolve matters of strategic importance to the corporation.
Chorlins also served as director of government & regulatory affairs at Lockheed Martin, where she managed the international portfolio and focused on export control reform and defense trade policy.
Chorlins holds an M.A. in international relations and economics from the Johns Hopkins School of Advanced International Studies and a B.A. in French from Wellesley College.
Claus Gramckow was appointed Head of the North America Regional Office of the Friedrich Naumann Foundation in Washington, D.C., in February of 2005. He is also President of his own company, the Hanseatic Institute Inc., a Consulting and Public Affairs Company located in Arlington, VA, which he founded in January 1999.
Prior to starting his own business, Mr. Gramckow worked as Program Director at the Transatlantic Dialogue Program of the Friedrich Naumann Foundation in Washington D.C. from 1990 until 1998. In 1986, he received the German Marshall Fund Congressional Fellowship of the American Political Science Association, and worked as a legislative assistant in the U.S. House of Representatives for three years.
He received his M.A. in political science from the University of Hamburg, Germany.
Thomas Ilka started working for the Foundation in January 2019. As the director of the European Dialogue he is responsible for the activities of the offices in Brussels and Prague and the projects initiated from these offices in European countries such as the UK, France, Spain and Hungary. He was the Head of European Affairs of the German Insurance Association (GDV) in Brussels and Berlin before joining the foundation.
Thomas Ilka has previously been state secretary in the Federal Ministry of Health between 2011 and early 2014. He gained his first Brussels experience as the head of the Europe department of the Association of German Chambers of Commerce and Industry (DIHK) between 2007 and 2011. In total he worked more than 11 years for the DIHK in Bonn, Berlin and Brussels. His professional career began in the 1990s as the head of office for Member of the German Parliament Paul Friedhoff.
Mr. Ilka has a degree in economics from the Christian-Albrechts-Universität Kiel.
Kenneth Levinson is the Executive Director of the Washington International Trade Association (WITA). WITA is Washington’s largest non-profit, non-partisan organization dedicated to providing a neutral forum in the U.S. capital for the open and robust discussion of international trade policy and economic issues. WITA has over 4,000 members, and more than 170 corporate sponsors and group memberships.
Previously, Ken served as Senior Director for Global Government Affairs for AstraZeneca. Prior to joining AstraZeneca, Ken served as Senior Vice President and COO at the Washington, DC consulting firm of Fontheim International. Ken started his career on the staff of U.S. Senator John D. (Jay) Rockefeller IV, where he served as the Senator’s chief advisor for international trade, tax, foreign policy, and national security.
Ken received a Master’s degree in European History from New York University after doing his undergraduate work at the University of Massachusetts, in Amherst. Ken also spent a year studying at the University of Copenhagen, Denmark. Ken and his wife, the Reverend Donna Marsh, live in Bethesda, MD, with their two daughters.
Karl-Heinz Paqué is the chair of International Economics, at Otto von Guericke University Magdeburg since 1996. From 2002 to 2008, he was a Member of the Saxony-Anhalt State Legislature for the FDP. From 2002 to 2006 he served as State Finance Minister, and then as chairman of the FDP Parliamentary Group. He returned to the university in 2008 and was dean of the Faculty of Economics until March 2018.
Prof Paqué is the Chairman of the Board of the Friedrich Naumann Foundation für die Freiheit since September 26, 2018, he was Vice Chairman of the Board since 2014.
He studied economics in Saarbrücken and Kiel, Germany, and at the University of British Columbia, Vancouver, Canada. After a research stay at the Center for Study of Public Choice, Blacksburg (Virginia), he earned his doctorate in Kiel and worked for several years at the University of Kiel, as Scientific Director and Professor at the Institute for World Economics.
Kotryna Tamoševičienė is acting Head of Economics Department at the Central Bank of Lithuania. Before becoming a dedicated central banker, she has gathered versatile experience in the private sector, leading research and analytics projects on global economics, international trade and urban economics at Euromonitor International.
Having acquired her Master’s degree in quantitative economics at J. W. Goethe University of Frankfurt, she is particularly interested in macroeconomics and growth, education, behavioral economics and economic policymaking. She is teaching a course on Political economy at Vilnius University. 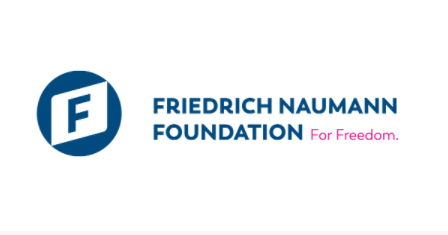