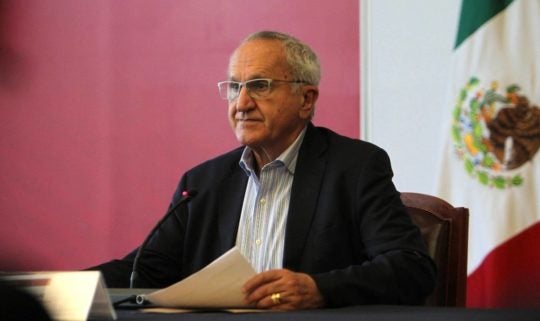 Dr. Jesús Seade served as Ambassador of Mexico and Permanent Representative to the GATT from 1986 until his appointment to GATT in July 1993. He was Chairman of the GATT Committee on Trade and Development from 1991 to 1992 and earned a B. Sc. degree in Chemical Engineering from UNAM in Mexico and a Ph. D. in Economics from Oxford University.

Over the years, he has served as an advisor to various bodies of the Mexican Government, including the Central Bank, the Ministry of Finance and the Ministry of Trade and Industry. He subsequently worked at the World Bank, first as Senior Economist in the Public Finance Division (1986-87) then as the Principal Economist at the Bank’s Brazil Department (1987-89).

From 1989 until his July 1993 appointment to his current position as a Deputy Director-General of the WTO, he served as Mexico’s Ambassador and Permanent Representative to the GATT and Chief Negotiator to the Uruguay Round Negotiations. He played an active part in the preparation of his country’s membership to the OECD.

Jesús Seade has written articles on micro-economic theory and policy for leading economic publications, particularly in the areas of taxation and competition theory and on policy, pricing and incentives and international trade. He has been elected to the boards of many professional journals and associations and is an Honorary Professor at the United Kingdom’s University of Warwick.