Trade news > Ahead of Trump visit: India and US set to finalise $10-billion trade deal in February 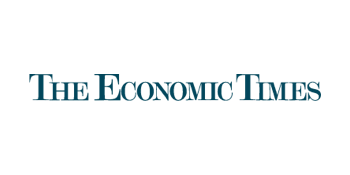 Ahead of Trump visit: India and US set to finalise $10-billion trade deal in February

The deal, whose legal vetting is underway, will be signed during US President Donald Trump’s visit to India, and is a precursor to a free trade agreement between the two nations, officials in the know of the plans said.

Lighthizer and commerce and industry minister Piyush Goyal are likely to meet in the second week of February to finalise the terms of the deal. Trump is expected to be in India during February 24-25, his first visit here as head of state.

There were meetings on the planned deal in Davos during the World Economic Forum. A six-member team from the US administration was in Delhi over the weekend, meeting Goyal and the relevant line ministries to discuss the contours of the proposed pact.

Goyal had met Lighthizer in the US last year.


“It is a fairly large deal,” said an official aware of the details. The issue of medical devices, which was a key obstacle in the trade talks between the two countries, is resolved, the official added.

India and the US have been entangled in a series of trade spats across various sectors. The deal could touch upon Washington’s demand of doing away with duty on American information and communication technology goods along with market access for its dairy products and duty cuts on Harley-Davidson motorcycles. The US is also keen to sell more almonds to India. New Delhi, on the other hand, had sought market access to its fruits including grapes.

“We expect the full deal to be signed this time and the longer-term idea is an FTA,” the official added.