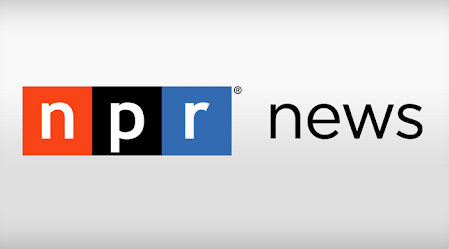 Hundreds of tech workers pack an auditorium for a recent networking event in Toronto. The evening’s host glides around the room on a hoverboard, equal parts game show host and tech bro.

“Who here is new to Canada?” asks Jason Goldlist, the co-founder of TechToronto, an organization that helps newcomers navigate the city’s fast-growing tech ecosystem.

Dozens of hands shoot up in the air — one belonging to Alok Chitnis, who moved to Canada last year. Chitnis is originally from India. He went to graduate school in the U.S. and found a job in Colorado. But last May, he moved to Canada to launch his own startup.

“It’s vibrant. It’s very welcoming for immigrants,” Chitnis says. “There are a lot of services by the government to help newcomer entrepreneurs especially. So the whole ecosystem is pretty welcoming compared to the U.S.”

If there is a war for global tech talent, right now Canada is winning — and the U.S. may be losing its edge. Toronto saw the biggest growth in technology jobs of any North American city over the past five years, outpacing San Francisco, New York and Seattle. Vancouver also made the top five.

The tech industry across Canada is booming. And one of the biggest reasons is U.S. immigration policy. The Trump administration has made it harder for high-skilled workers to get visas. It also has blocked entrepreneurs from some majority-Muslim countries altogether under the travel ban, which it’s moving to expand to more countries.

Canada, meanwhile, has been making it easier for tech workers to immigrate there. A new streamlined visa in Canada has brought in more than 40,000 tech workers from around the world in the past two years alone.

“While the States has gone, ‘Let’s make it difficult to get the employees here on a visa,’ Canada’s gone the exact opposite, and it’s beneficial for Canada,” says Alex Norman, the other co-founder of TechToronto. “You had a fast-growing ecosystem here that’s been getting a shot of steroids.”

Under the Trump administration, high-skilled workers are getting rejected at a higher rate. In 2015, 92% of new H-1B visa applications were approved. But in the last two years, the approval rate dipped to only 75%.

Immigration authorities say they’re trying to ensure that companies follow the rules. Employers are required to show that hiring a foreign worker will not hurt Americans.

“You know, I have a high regard — as does the president — for protecting U.S. workers,” said Ken Cuccinelli, who was then the acting head of U.S. Citizenship and Immigration Services, in an interview last year.

Cuccinelli was asked about the need to crack down on fraud and abuse. “The H-1B program has been controversial in this regard,” he said. “And it is concerning.”

More than a dozen hiring managers from tech startups recently squeezed into a private dining room at Del Posto, a high-end New York City restaurant. One of them was Susan Riskin, the head of human resources at Bitly, which is well-known for making Web addresses shorter.

“We doubled the size of our technology team in the last year,” Riskin said. “And we feel like we have exhausted New York and Denver. And now it’s like we’re trying to figure out where to go next, what we need to do.”

All of the hiring managers at the table were confronting a similar problem. They came for the New York strip steak and Italian wine — but also to hear a business pitch from Irfhan Rawji, the founder of a Canadian company called MobSquad .

“If you’d rather fill a job than go without, call us,” Rawji said. “We’ll open a virtual subsidiary for you in Canada. You get access to the world.”

Rawji’s pitch, in a nutshell, is this: Say your firm wants to hire an international tech worker, but the worker’s visa application is rejected or the application process is dragging on for months.

“The next-best solution to keeping them here in the U.S., if you can’t do that, is to put them in Canada,” Rawji said. “The flights are an hour and a half to two hours. It’s the same business culture. And we try to match or beat the total cost for you here.”

U.S. tech companies have long relied on a steady stream of engineers and software developers from China, India and elsewhere. The process of getting an H-1B visa was often expensive and slow, says Meagan Soszynski, the head of human resources for an advertising app called Yieldmo. But at least it was predictable.