Ecuador has been the clear winner amid a low-price, volume-growth period in the shrimp sector, according to data compiled by Rabobank and presented at the Global Aquaculture Alliance’s Global Outlook for Aquaculture Leadership (GOAL) conference. 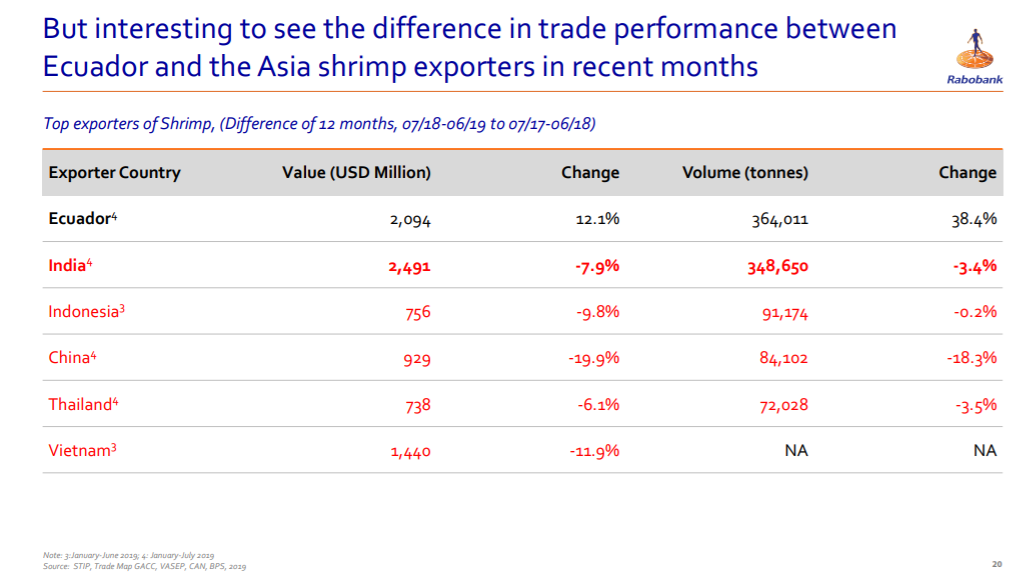 “Nobody else can match that,” said Rabobank’s Gorjan Nikolik, presenting. “This begs the question, who out there has the lowest production costs right now? It’s too simplistic to say Ecuadorean costs are low, it’s not only that — they have a different market, they supply a different product. Many good things are happening for Ecuador.” 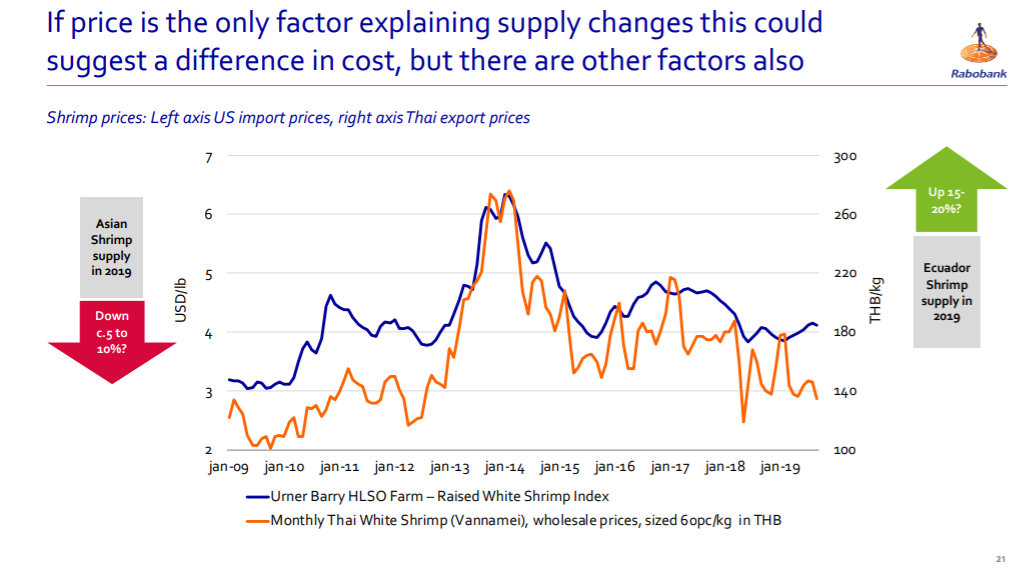 “Nevertheless this is something to keep an eye on as a producer, and think about whether or not there is a change in business model on the horizon,” he said.

More generally of the shrimp market, he said the current situation — with low prices, but increasing supply — was “strange” and “unusual”. Usually, in poultry or other proteins, that doesn’t happen, with supply coming down after low prices and restarting the cycle of supply and demand.

Then there is China, which has become the driving force as the key buyer. But with its domestic production issues, nascent recirculating aquaculture interest, and tariff situation with the US, its supply-demand picture is very uncertain, said Nikolik. 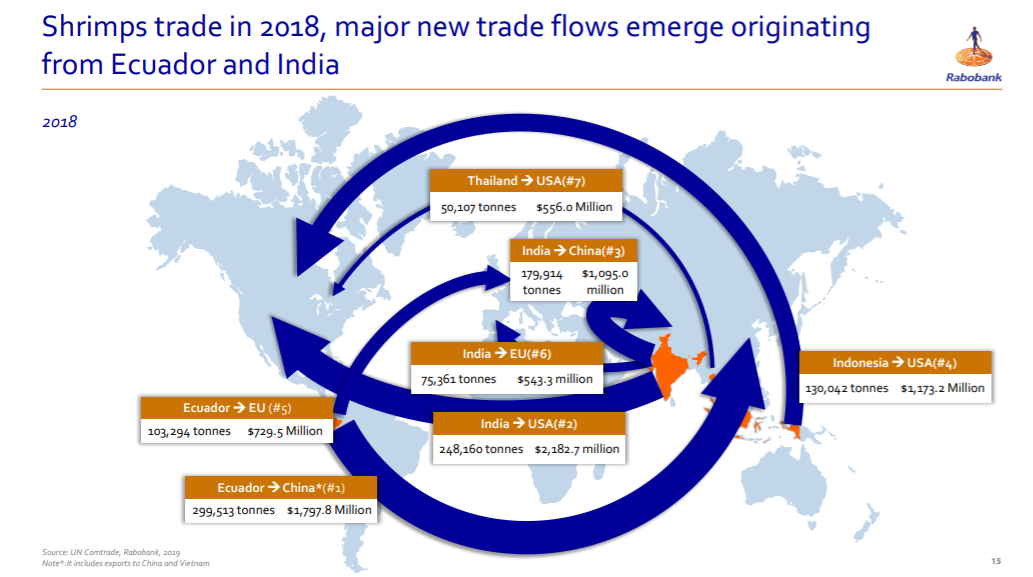 “That’s why I think it’s so important to be working on marketing in Europe and the United States, get them eating more shrimp,” he said. “That’s the key to growth.”

This was echoed by The Seafood Exchange’s Travis Larkin, a US importer, who simply said, “it’s not enough to simply say ‘we’ll produce it, and they’ll buy it’ — okay, you might be able to sell it, but it’s not going to be at a price you’ll like”.

This pattern is illustrated by the trade data as well: 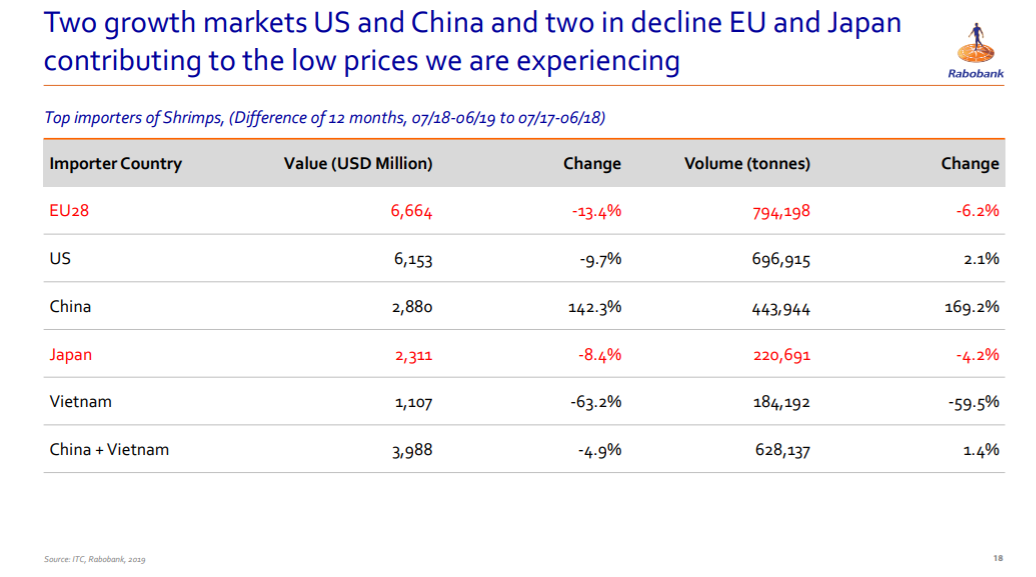 In recent months, more volumes of shrimp have gone into the US, but at lower prices, and for a lower overall value. To the EU, sales volumes have dipped 6%, but value is down 13.4%. Nikolik noted the pattern of “market saturation”, which suggests increases in sales to these traditional markets may now come at the cost of lower prices.

Undercurrent News recently reported that Ecuador’s monthly shrimp exports declined by 10% in September, to 51,000t — a smaller drop than expected after China suspended imports from facilities of several of the South American country’s largest exporters.