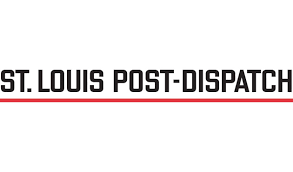 Simon Lester and Logan Kolas: Hawley is wrong about a WTO withdrawal

Missouri Republican Sen. Josh Hawley has introduced a resolution in Congress to withdraw the United States from the World Trade Organization. Like all institutions, the WTO has flaws, but withdrawal would be a mistake, for Americans in general and for Missourians in particular.

The WTO is an agreement among 164 governments on how they will conduct their trade policy. Under organization rules, governments agree, among other things, to limit the tariffs they will impose on imports, and they agree not to use domestic taxes and regulations to discriminate against foreign products. The rules of the WTO were largely crafted by the U.S. government and its allies, with U.S. interests in mind.

Many of Missouri’s largest companies and employers rely on export sales, which support in-state jobs. Missouri exported $13.4 billion worth of goods in 2019, of which $12.2 billion, or 91.2%, were manufactured products. The WTO helps keep these foreign markets open, and if the United States were to withdraw, these sales could drop significantly. Under WTO rules, when Missouri farmers are exporting soybeans, corn or pork to Canada, Japan, China or the European Union, they have a much easier time competing in those markets.

In addition to exports, imports are also important. Among the state’s top imports were motors, pistons and other vehicle parts used in the production of Missouri’s valued automobile sector, such as the Ford and GM assembly plants. In a world of global supply chains — where imports of foreign products are not just consumed by American citizens but are also used by American businesses in their own production — America must distance itself from policies that make it more expensive to do business and that jeopardize Missouri’s ability to compete on the world stage.