Trade news > How to Pandemic-Proof Globalization 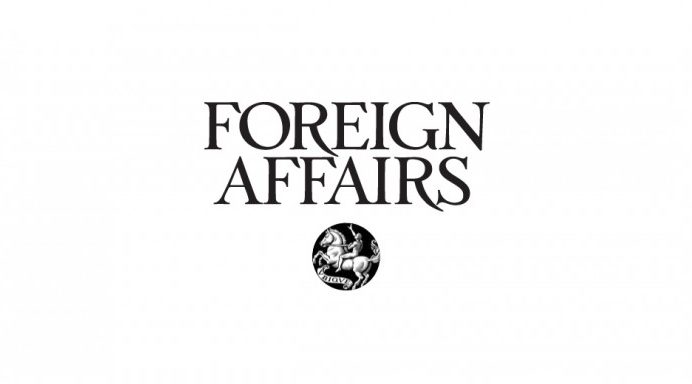 How to Pandemic-Proof Globalization

Redundancy, Not Reshoring, Is the Key to Supply Chain Security.

As airports, factories, and shops slow down or shut down, the novel coronavirus pandemic is testing the international supply chains that define the current era of globalization. And the multi-factory and often multi-country manufacturing processes used by companies around the world are proving more fragile than anticipated.

If the virus and the economic wreckage it is causing aren’t contained soon, blueberries and avocados won’t be the only things missing from market shelves across the still chilly Midwest and Northeast United States. Cars, clothes, electronics, and basic medicines will run short as far-off factories disconnect.

The breakdown of global supply chains has spurred calls to bring the production of critical medical and technological supplies back to the United States—a move that would sever international trade ties and accelerate deglobalization. But “reshoring” will cause more problems than it will fix in the short and medium term, and in the long term it will make U.S. businesses less competitive.

Instead of abandoning global supply chains, governments and boardrooms should focus on making them more redundant. More suppliers and more inventory might make global manufacturing processes slightly less efficient, but these redundancies will increase reliability and resilience, benefiting countries, companies, and consumers alike.

Over the last four decades, the nature of trade has radically transformed. For centuries, countries mostly sent finished goods abroad: olives from Italy; wine from Spain; furs from Canada; and later on, cars from Germany; and sewing machines, printing presses, and cash registers from the United States. Now, countries mostly send abroad pieces or components to be bent, welded, inserted, or sewn together in foreign factories and shops.

The slicing up of production into discrete steps became possible due to advances in transportation, technology, and communication, as well as the opening of world markets. Shipping costs plummeted as standardized containers proliferated. Fiber-optic cables, mobile phones, the Internet, cloud computing, broadband calling services, and nearly free videoconferencing allowed people to collaborate—sharing files, documents, and ideas—even when they were geographically distant.

It maintained quotas on sugar and tuna; tariffs on steel, aluminum, shoes, and tobacco; and subsidies for all sorts of agricultural products. Even so, the United States came to rely heavily on global trade links. Roughly a third of U.S. exports are components of something else, produced somewhere else: cotton, steel, semiconductors, engines, and assembly-line machines, among other things.

U.S. consumers also depend on far-flung supply chains for the products they buy every day, enjoying lower prices because international exchange has made these items more efficient to produce. According to the Peterson Institute for International Economics, the average American household saves $10,000 a year because of trade.

But the coronavirus pandemic has illuminated the risks that global supply chains pose to people, economies, and the security of nations. When a component is produced exclusively in one country or one region, or in some cases, even in one factory, businesses around the world can suddenly find themselves without vital inputs.

Moreover, with global sourcing has come an emphasis on lean manufacturing techniques, which seek to reduce inventories, workers, idle moments, and mistakes. Business schools all teach such methods, and corporate boards and shareholders reward them. But in times of crisis, the practices leave companies with scarce inventories and few viable substitutes for when supply chains are severed.

In many corporations, inventories have fallen from enough to last weeks to enough to last days and in some cases, enough to last just hours as sophisticated software, sensors, and artificial intelligence enable parts to arrive immediately before they are inserted into cars, MRI machines, computers, or forklifts speeding along assembly lines. The margin for error, in other words, is razor thin.

Disruptions in the production of medical supplies are already evident. As U.S. hospitals and health-care workers face mounting waves of illness, masks and protective equipment are scarce, in large part because most are made in China. Many worry that pharmaceuticals will be next. Sure, factories all around the world churn out pills, ointments, and syrups.

But many of the active ingredients in antibiotics, painkillers, insulin, antidepressants, and other medicines come from China, too. If shipments of these items are delayed because of the coronavirus, the health of tens of millions of people could suffer.

Practically every industry and system that powers the U.S. economy could be affected. The lithium essential for cell phones and computer batteries, the rare-earth minerals integral to solar panels and wind turbines, and the semiconductors and LCD screens in electronics are all made in one or just a few places.

If supplies falter for too long, communication could fail, power could go out, and U.S. technological advances could stall. More prosaic products could disappear, as well: parts for cars, washing machines, refrigerators, cement mixers, and more depend on factories that are borders or seas away.

None of this should come as a total surprise. Supply chain managers (one of the fastest-growing, high-paying job categories in the United States) have long considered disruption risks, of course, creating models to calculate inventory cushions and considering duplicative suppliers. But since such safeguards drag on the bottom line, corporate boards and shareholders have resisted them.