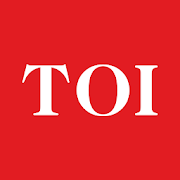 NEW DELHI: Amid reports that India is looking to start discussions for a trade deal with Taiwan, China asked New Delhi to approach Taiwan-related issues prudently, while insisting that there’s only one China and that Taiwan is its inalienable part.

While reports of a trade deal with Taiwan were not officially confirmed by any Indian agency, that didn’t prevent the Chinese foreign ministry from wading into the matter. “The one-China principle is the common consensus of the international community, including India, and also serves as the political foundation for China to develop relations with any country,” said spokesperson Zhao Lijian.

Recently, the Chinese embassy in India “advised” Indian media against felicitation of Taiwan National Day in the light of the ‘one -China’ policy, drawing a sharp response from the MEA that the media in India is free to report as it sees fit. India’s trade with Taiwan is rising and the latter has a trade office in Mumbai.

“China is firmly opposed to any official exchanges of any form and the signing of any agreement of official nature between Taiwan and any country having diplomatic ties with China,” Zhao said further. On the issue of Australia also joining India, US and Japan for the Malabar naval exercise, the official said China believed military cooperation should be conducive to regional peace and stability.