Trade news > Kenya upbeat, but is at pains to defend free trade deal with US 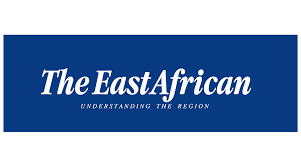 Kenya upbeat, but is at pains to defend free trade deal with US

Kenya is oozing with confidence ahead of the July commencement of negotiations for a free trade agreement (FTA) with the United States.

“Trade negotiations are not about winner takes all. Everybody must leave the table feeling a winner,” said President Uhuru Kenyatta in a webinar last Thursday hosted by the Atlantic Council themed, Strengthening US-Africa ties Through Trade.

The US has made public what it expects from the trade deal talks and has identified 21 priorities cutting across agriculture, manufacturing, pharmaceuticals, financial services, and ICT and which it will be seeking unfettered access to in the Kenyan market.

Kenya’s pursuit of bilateral negotiations with the US has been criticized by some African countries who have signed the African Continental Free Trade Agreement (AfCFTA) and those of the East African Community bloc who see Kenya’s decision to go it alone, as being contrary to regional treaties.

The EATN is a lobby bringing together civil society organizations, farmers’ groups, and trade unions from Kenya, Uganda, Tanzania, Rwanda, and Burundi.

The trade deal is also facing opposition from individuals with two lawyers filing a petition at the East African Court of Justice arguing that it violates the EAC Treaty and its protocols.