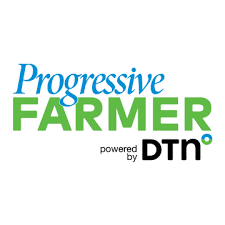 Politico says this week that President Donald Trump has been anticipating a warm welcome in India, but that the nation has been reluctant to give the administration “even a small trade victory.”

Over the last few weeks, U.S. officials have “struggled to clinch a miniature agreement” that could result in some modest additional access for U.S. medical devices, motorcycles and milk products in a market of more than 1.3 billion people.

As a result, the president moved quickly to tamp down expectations, including that a “big deal” may only be possible “after he wins a second term.” U.S. Trade Representative Robert Lighthizer did not plan to travel to India with the president, further diminishing any chance for substantial results, nor did he go to India ahead of the president’s visit, also dampening expectations for a deal.

“We may make a tremendous deal there — or maybe we’ll slow it down. We’ll do it after the election. I think that could happen too,” the president said late last week.

A senior administration official said a “wide scope” of issues is complicating progress toward a mini trade deal. “We want to address a lot of concerns and we’re not quite there yet.” He noted that discussions with the prime minister about these concerns are expected, Politico said.

India is expected to announce some significant purchases of U.S. energy and defense products but the administration’s fixation with imbalanced trading relationships is likely impeding any willingness to offer New Delhi concessions, Politico said.

India is the United States’ ninth-largest trading partner and bought about $34 billion worth of goods in 2019 — just a fraction of the $256 billion exported to Mexico, the top destination for U.S. goods last year.

The U.S.-Indian trade deficit was $24 billion last year while India’s exports to the U.S. grew much faster than U.S. exports to India. Politico thinks these statistics could be driving the president’s reluctance to give India what it really wants — access again to the U.S. Generalized System of Preferences, a tariff-cutting program for developing countries that discounts duties on roughly $6 billion worth of imports.

Policies that have fiercely guarded India’s markets have been the bane of multiple previous U.S. administrations. Even now, as India’s economy slumps further and pressure from neighboring China grows, New Delhi has continued to make protective moves including a multiyear “Make in India” initiative aimed at bolstering the country’s manufacturing sector through local sourcing and production requirements, Politico said.

India also released a national budget in late January that raised tariffs on a number of products that were under consideration to be cut or eliminated under a mini-agreement with the U.S.

U.S.-India Business Council President Nisha Biswal said India’s tariff increases on walnuts, medical devices and other goods that were to be part of a trade deal further “complicated” the talks. The negotiations also got hung up on details related to increasing access for U.S. dairy products and credit card companies.