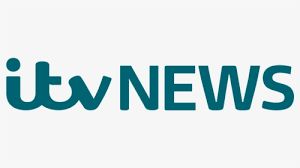 Liverpool will host a major G7 meeting discussing economic resilience post-Covid, global health and human rights, it has been announced.

The city was chosen because of its history as a port city, its links around the world and thriving cultural life.

The Museum of Liverpool will be the main location for the talks in December, with Foreign Secretary Liz Truss hosting her counterparts from all over the world as the final event of the UK’s Presidency of the G7.

The City Council and Merseyside Police say they are working to minimise any disruption in the run up to the event.

Joanne Anderson, Mayor of Liverpool, said: “Liverpool is proud to have been chosen to host this global event on behalf of the UK government.

“It is an incredible opportunity to showcase our amazing city to the G7 leaders – as well as the international media – who will be here to report on the event.

“We will promote Liverpool’s global heritage, its international outlook and ties, and show what a fantastic British and world city it is.”

The city will be in the global spotlight as leaders from the US, France, Germany, Italy, Canada, Japan and the EU take part in discussions and experience first-hand some of the city’s major attractions.

The event will also include delegates from India, South Korea, South Africa and Australia, as well as – for the first time at a G7 Foreign Ministers’ Meeting – a number of South East Asian countries.