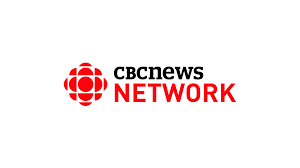 Prime Minister Justin Trudeau urged Donald Trump to think twice Monday before imposing new tariffs on Canadian aluminum, saying the sector is emerging from the pandemic-induced production stance that prompted the White House to consider such measures in the first place.

Trudeau, who said in a news conference he had spoken to the U.S. president earlier in the day, told him that with the North American economy getting back up to speed, Canada’s aluminum smelters would soon be back producing value-added specialty products for the American auto sector.

The specter of new tariffs emerged last month after Canadian producers, unable to shut down production and with their usual customers hamstrung by the impact of COVID-19, were forced to make a more generic form of aluminum and ship it to warehouses in the United States.

That alarmed certain U.S. smelter owners and operators, who have been urging the U.S. trade representative’s office to slap fresh levies on imports from Canada.

The pandemic “caused certain disruption in the aluminum sector that is starting to realign itself, given the economies are starting up again and manufacturing is getting going,” Trudeau said after his call with Trump.

“I impressed upon him that it would be a shame to see tariffs come in between our two countries at a time where we’re celebrating NAFTA and at a time where we want our businesses and our manufacturers to get going as quickly as possible.”

Trudeau demurred Monday when asked whether this time, Canada and the U.S. might negotiate a closure that lasts longer than the standard 30-day window.

“We will be discussing with our American partners what the next steps should be, and I think this is a situation that is evolving rapidly and we need to keep responding to the situation on the ground.”