Trade news > The U.S. Should Offer Taiwan a Free-Trade Agreement 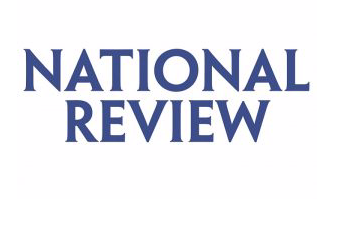 The U.S. Should Offer Taiwan a Free-Trade Agreement

The spread of the COVID-19 virus has dominated Western relations with China in recent weeks. The epidemic appears to be ebbing in the People’s Republic of China, though the costly social and economic impacts will linger.

A more serious source of conflict between the U.S. and the PRC is about to move to the fore: Taiwan. After the devastating defeat of the traditional ruling Kuomintang in the recent presidential election, the party chose a new chairman, Johnny Chiang, who dropped the KMT’s support for the “1992 consensus” that both Beijing and Taipei belonged to “one country.” He called on China to accept the island’s separate political identity. Beijing is more likely to increase its pressure on Taiwan.

At the same time, the U.S. risks becoming ever more entangled in the controversy, with congressional passage of the Taiwan Allies International Protection and Enhancement Initiative (TAIPEI) Act. The legislation urges the president to support Taipei with arms transfers and official visits and to consult with Congress on strengthening bilateral economic ties. The bill also directs the administration to back Taiwan’s participation in international organizations and to encourage other countries to enhance their ties with what only 14 countries (plus the Vatican) now recognize as the Republic of China (ROC).

Relations between America and China, the world’s two most important countries, are going badly. One of the greatest challenges, almost certainly more dangerous than the issue of trade, that has dominated President Trump’s approach to the PRC is the status of Taiwan. Washington should be wary of adding new political or military commitments to Taiwan. Instead, the U.S. should simultaneously advance economic and political objectives by negotiating a free-trade agreement (FTA) with Taipei.

The best policy today is to minimize public conflict by empowering Taiwan. A U.S.–Taiwan FTA would increase would be good for both parties, increasing commerce between them. Taiwan already is one of the world’s freest economies; a free-trade agreement would encourage further liberalization in both countries.