Vietnam, a frontier market in Southeast Asia, is often named as one of the biggest winners in the U.S.-China trade dispute.

The U.S. and China have slapped higher tariffs on each other’s goods in the past year or so, and that’s led to a shrinking bilateral trade between the world’s top two economies, according to consultancy Oxford Economics. Consequently, both countries have had to source for goods from other markets, while China-based manufacturers look for alternative production venues to circumvent those tariffs.

Vietnam has been a favored destination for such shifts in trade flows and production chains. But some analysts have pointed out that certain bottlenecks have emerged in Vietnam, and that may limit how much the country could accommodate those additional flows.

Below are five charts that examine to what extent Vietnam can replace China as the next global manufacturing hub.

The U.S.-China trade war is one reason behind the decline in exports experienced by many trade-dependent economies. But Vietnam has bucked the trend: Exports have continued to grow, led by an increase in shipments to the U.S. 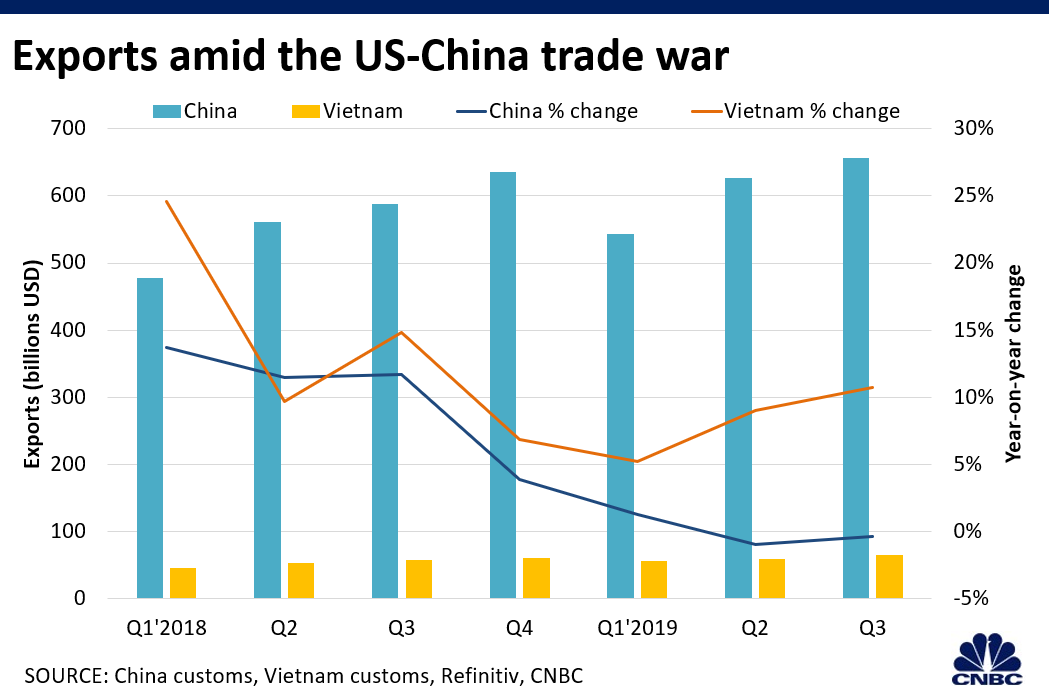 Some trade experts suggested that Chinese goods were moved to Vietnam, repackaged as Vietnamese products and shipped to the U.S. to avoid elevated tariffs.

The trade war has also led companies to start or expand manufacturing in Vietnam — accelerating a trend that began years ago when rising costs in China pushed manufacturers to seek cheaper locations. 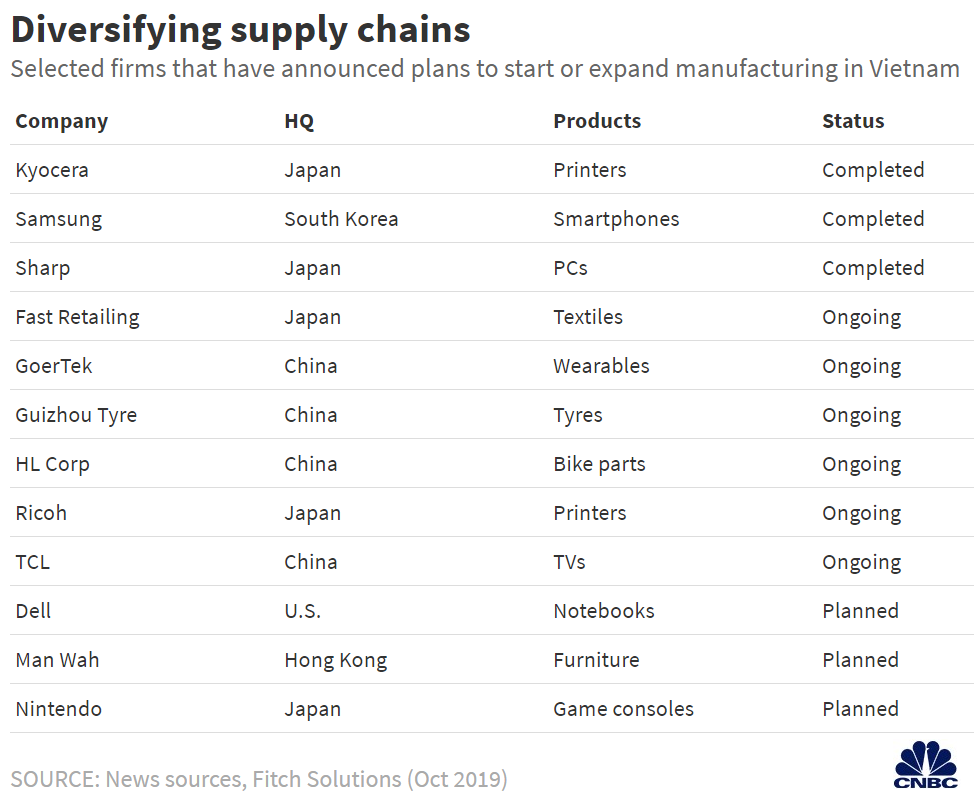 “Although a mass corporate exodus from China is unlikely, multinationals will continue to diversify their operations into other parts of Asia to mitigate the impact of the (trade) dispute,” consultancy Economist Intelligence Unit said in an October report.

One reason why producers are unlikely to to exit China completely is the sheer size of the Chinese manufacturing sector and economy — which allow companies to operate more efficiently.

Vietnam, considered by many as one of the best alternative locations to China, has seen bottlenecks appearing in its economy even though its share of global manufacturing output is still small. 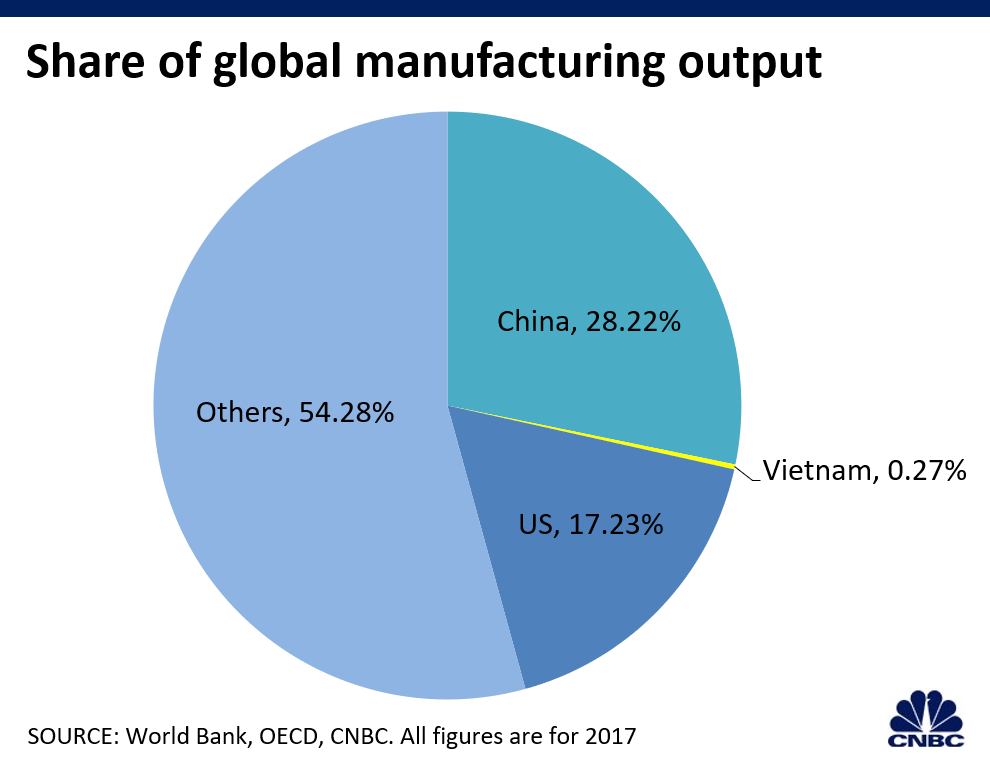 In fact, no single country “can really absorb all of that production” looking to shift out of China as a result of the trade war, said Cedric Chehab, global head of country risk at Fitch Solutions.

One major constraint in Vietnam is the lack of human capital, according to analysts from Fitch Solutions. That refers to the economic value of a workforce, which considers factors such as workers’ education level, skills and health. 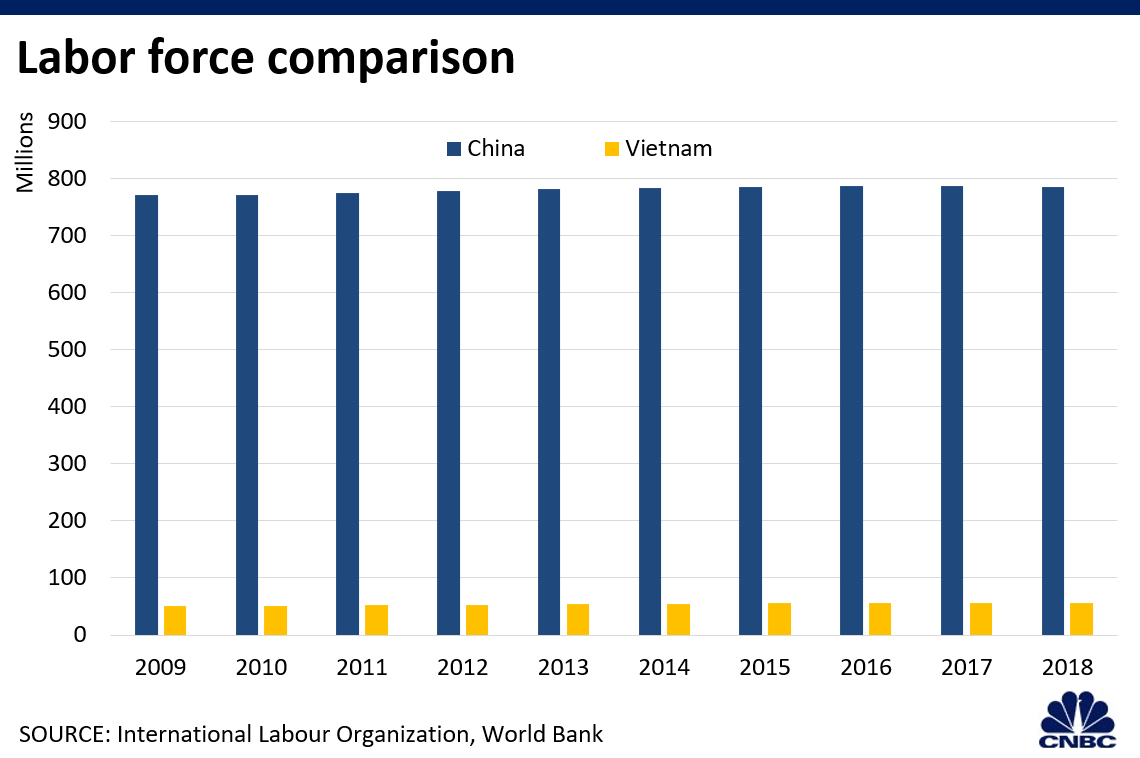 Vietnam has a young and growing labor force – defined as people aged 15 and older who are employed, and those unemployed but seeking work. But the size of its workforce is much smaller than that of China.

“If we look at Vietnam, it has a population that is 14 times smaller than China, which also means that the risk of labor shortage is much higher when we compare the two countries,” Kenny Liew, an analyst at Fitch Solutions, said in a conference call earlier this month. 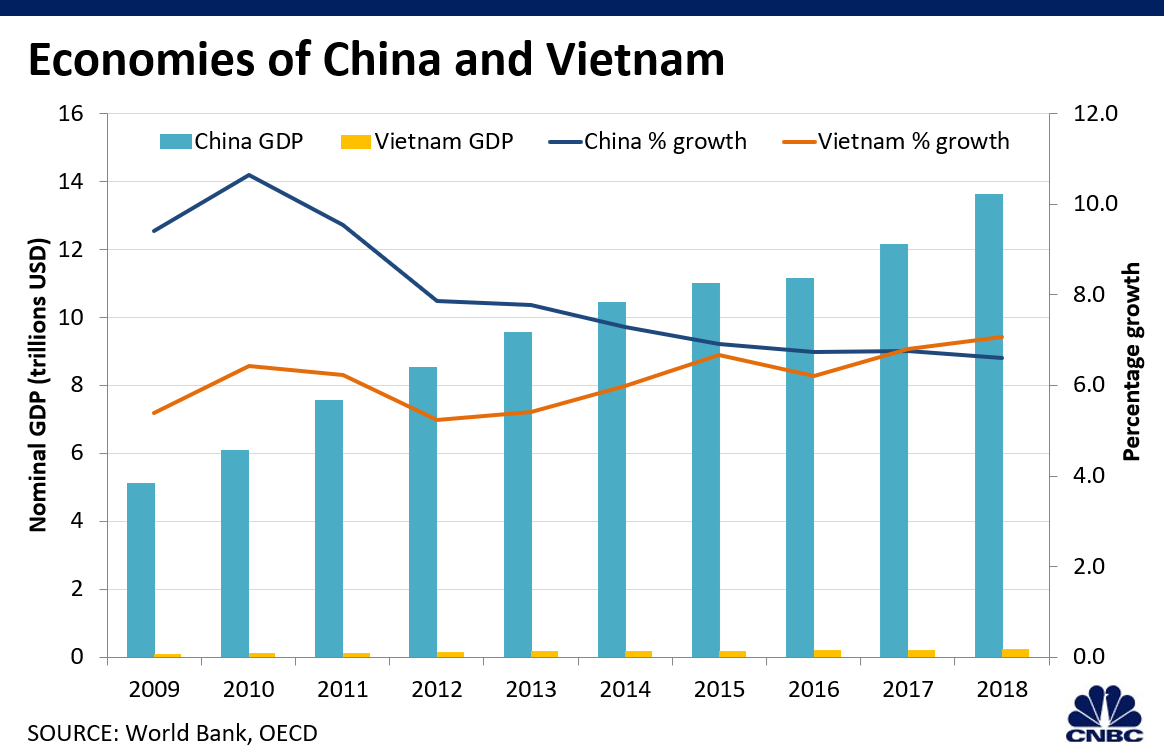 As a whole, the Vietnamese economy is much smaller than China’s, which is world’s the second largest. That itself places a limit on the Southeast Asian country’s ability to replicate the scale of China’s manufacturing successes.