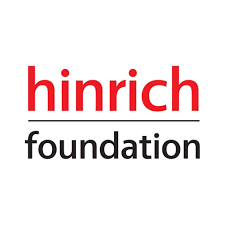 The global trade system is under greater stress than at any other time since its inception.  The most significant trade war in almost a century lumbers on, tit-for-tat trade restrictions are becoming more common place, and the World Trade Organization (WTO) appears incapable of restoring order.

Discussion on how things have gone so far off track have focused on a number of factors,
including the frequent violation of trade rules, and the unilateral approach to trade actions taken by the current US Administration. While these factors have undoubtedly played a prominent role, there is another issue – one which does not appear in the text of any trade agreement, or on the negotiating agenda of any set of trade talks – which is arguably of equal if not greater importance.  The issue is trust.

For most of the post-war era, there has been a strong sense of trust amongst trade partners that they shared a deep philosophical commitment to free trade and a rules-based trade system.  The nations that came together in Betton Woods in 1948 to lay the foundation for an open trade system believed that their individual national interests would be best served by a cooperative trade system held together not just by rules but also by a commitment to the “spirit” and intent which underpinned the rules.  The expectation was that countries would not merely fulfill their specifically enumerated obligations, but where possible would also endeavor to go above and beyond these obligations, as a reflection of their belief in the collective benefits of free trade.

These pioneering nations felt they were bound together in a collegial, mutually beneficial endeavor.  That sense of commonality and trust probably shone most brightly in the earlier years, when painful memories of the disastrous results of the protectionism of the 1930s were still fresh, and the countries involved were more homogeneous.  But it has proven remarkably resilient and has endured over the subsequent decades, as dozens of additional countries opted to join the GATT (General Agreement on Tariffs and Trade), and its successor organization, the WTO.  All of this might seem a bit sentimental or perhaps even naïve.  But it is a big part of the invisible glue that has held the trade system together for seven decades.

Today however, trust and a long-term commitment to the collective benefit of a rules-based system are breaking down.  Countries are taking more of a short-term “what’s in it for me” approach to their trade relationships, rules are seemingly malleable, and the underlying “spirit” of free trade is rapidly dissipating.   The resulting erosion of trust is one of the reasons the trade system appears to be in danger of fracturing.

The trust which previously existed meant that trade rules could be considerably more loose and less comprehensive.  Coverage of “behind the border” regulatory regimes in trade agreements was unnecessary when there was trust that trade-related regulations would be developed and implemented in a spirit of nondiscrimination and openness.  Dispute settlement mechanisms did not need to be stringent when parties trusted in their counterpart’s commitment to follow the rules.  Trade concepts – such as an exemption from the rules for national security considerations – could be left vague because of trust that such provisions would never be abused.

One need not be a cynic to recognize that those levels of trust simply no longer exist today.  And rebuilding the trust that traditionally existed in the trade system might — unfortunately — be impossible.  If that’s the case, trade relationships and agreements will have to be formulated accordingly in order to shore-up the widening fissures.

The dangers of a breakdown in trust

Although trust is impossible to legislate or quantify, the dissolution of trust currently underway is self-evident and profound. Nothing will sabotage support for open trade faster than a sense that, as trust fades, trade rules can be evaded and gaps in trade rules can be used as a pretext for discrimination or restrictions.