Trade news > Trade and travel in the time of epidemics 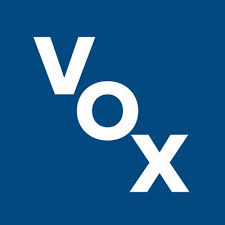 Trade and travel in the time of epidemics

The ship, Grand Saint Antoine, had already come to the attention of the port authority of Livorno. A cargo ship from Lebanon loaded with expensive textiles, it reached the port of Marseille in 1720. The Health Commission had its doubts – the plague was widespread in the eastern Mediterranean. Like all ships from affected regions, the Grand Saint Antoine was placed in quarantine. Normally, the crew and the property would have had to stay on board for 40 days to rule out the possibility of an infectious disease. But a textile fair near Marseille, where the importing merchants hoped for rich business, would soon begin. Under pressure from the rich traders, the health agency changed its mind. The ship could be unloaded, the crew went to town.

After only a few days it was clear that changing the initial decision had been a mistake. The ship had carried the plague. Now the disease spread like a forest fire in the dry bush. The city authorities in Marseille could not cope with the number of deaths, with corpses piling up in the streets.

To read the full article at Vox EU, click here