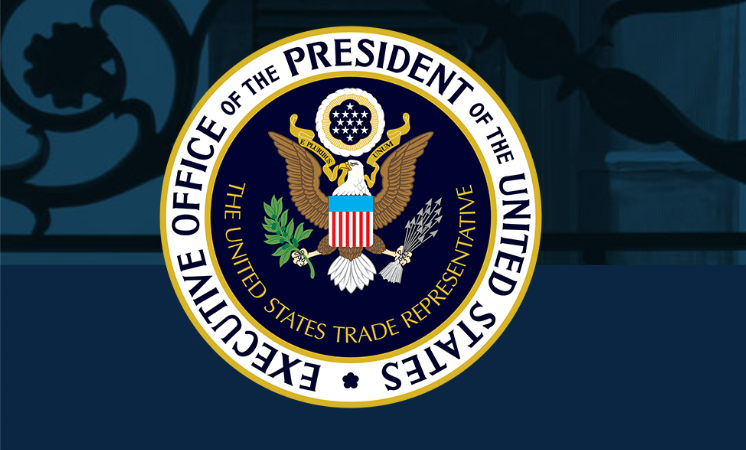 WASHINGTON – The Office of the U.S. Trade Representative (USTR) today announced the appointment of key leaders who will help the Biden-Harris Administration build back a better economy. The experienced and diverse team will partner with USTR’s dedicated career civil servants to craft trade policy that benefits American workers and increases American competitiveness. This group will work tirelessly to strengthen relationships with our allies, respond to the COVID-19 pandemic, combat climate change, and create a more equitable and inclusive economy.

The officials are listed below in alphabetical order:

Before joining USTR, Ms. Attapit most recently served as Director of Legislative Affairs for California Attorney General Xavier Becerra.  She previously served 12 years in various positions in the U.S. House of Representatives, U.S. Senate, Illinois Legislature, and a think tank where she worked on a wide range of issues, including international affairs, trade, Social Security, and anti-poverty programs. Originally from Illinois, Ms. Attapit holds a JD and an MBA from the Illinois Institute of Technology’s Chicago-Kent College of Law and Stuart School of Business, respectively, and a BS from the University of Illinois at Urbana-Champaign.

Adam Hodge is the Assistant United States Trade Representative for Media and Public Affairs. He is a veteran communications strategist with experience advising several senior government officials and business leaders. Mr. Hodge previously served in the Obama-Biden Administration as the Deputy Assistant Secretary for Public Affairs at the U.S. Treasury Department where he led the communications efforts for a range of domestic finance issues. Most recently, he was the Senior Vice President for External Affairs at Ariel Investments. Before joining Ariel, Mr. Hodge worked for SKDKnickerbocker and was the Communications Director at the Democratic National Committee, having previously served as a Regional Press Secretary. Earlier in his career, he served as the Press Secretary for House Majority Whip James Clyburn, on the House Oversight and Government Reform Committee and in the office of former Senator Christopher Dodd. Originally from St. Croix, U.S. Virgin Islands, Mr. Hodge is a graduate of Wesleyan University with a BA in government, concentrating on International Relations.

Ethan Holmes is a Special Assistant to the United States Trade Representative. Mr. Holmes previously served in the office of Representative Ron Kind in a variety of positions, most recently as his Economic Policy Advisor.  He has a B.A. from DePaul University in philosophy, an MSc from the University of Edinburgh in International Political Theory, and received an Executive Certificate from Harvard University’s Kennedy School on International Trade.

Ginna Lance is Deputy Chief of Staff for the U.S. Trade Representative. Recently, Ms. Lance was the Associate Operations Manager for the Overdeck Family Foundation, leading operations for the organization, focused on hiring, finance, governance, and strategic planning. She previously worked in the Office of then-Vice President Joe Biden, where she served as the Director of Scheduling and Deputy Director of Operations. In her role, she developed and managed the Vice President’s strategic and long-term schedule, including overseeing logistics for domestic and foreign travel. Prior to that, Ms. Lance was Administrative Manager to the Chief Experience Officer at Planned Parenthood Federation of America. In 2012, Ms. Lance was scheduler for then-Vice President Joe Biden during the Obama-Biden re-election campaign. She began her career at the Department of Commerce in the International Trade Administration. Ms. Lance holds a B.A. in Political Science from the University of Pennsylvania.

Samuel Negatu is the Director of Congressional Affairs to the U.S. Trade Representative. Mr. Negatu spent the last six years in the House of Representatives, most recently as Legislative Director for Representative Jimmy Gomez (CA). He also served as a staff negotiator for the U.S.-Mexico-Canada Agreement (USMCA) working group, addressing labor issues in negotiations between USTR and House Democrats. Prior to that, he served as Legislative Counsel for Representative Matt Cartwright (PA). Originally from California, Samuel received his Bachelor’s degree from the University of California, Santa Barbara, and his Juris Doctor from Washington University in St. Louis.

Greta Peisch is the General Counsel for the Office of the U.S. Trade Representative. Ms. Peisch has served as Senior International Trade Counsel on the Senate Finance Committee for Chairman Wyden since 2015. Previously, she served in USTR’s Office of the General Counsel, including as Chief Counsel for Negotiations, Legislation and Administrative Law. Before that, she clerked for Judge Douglas P. Woodlock in the U.S. District Court for the District of Massachusetts and practiced law at Covington and Burling LLP. She earned her JD from Yale Law School and AB from Dartmouth College.

Brad W. Setser is the Counselor to the U.S. Trade Representative, providing advice on a broad range of trade and economic policy matters. Prior to joining the Biden-Harris Administration, Mr. Setser was a senior fellow for international economics at the Council on Foreign Relations, where his work covered global capital flows, financial vulnerability analysis, currency intervention, tax competition and trade imbalances. Mr. Setser previously served in the Obama-Biden Administration as the deputy assistant secretary for international economic analysis in the U.S. Treasury from 2011 to 2015, after having started the administration as the director for international economics on the staff of the National Economic Council and the National Security Council. Mr. Setser holds a BA from Harvard University, a masters from Sciences-Po, and an MA and PhD in international relations from Oxford University.

Shantanu Tata is Executive Secretary and Advisor to the U.S. Trade Representative. Before joining USTR, Mr. Tata was a Senior Policy Advisor to Representative Suzan DelBene and served as her primary advisor for trade issues on the Ways & Means Committee. He also provided counsel on foreign policy, financial services and international tax issues, and previously worked at USTR during the second term of the Obama Administration. Mr. Tata received a BA in Government from Hamilton College.

Jamila Thompson is a Senior Advisor to the U.S. Trade Representative. A 19-year veteran of Capitol Hill, Ms. Thompson previously served as the chief of staff for Georgia’s Fifth Congressional District, deputy chief of staff for U.S. Representative John Lewis (D-GA), a legislative assistant for Representative Barbara Lee (D-CA), and a volunteer coordinator and translator for various non-profit organizations. Ms. Thompson earned a Bachelor of Arts in History with International Relations and French from Goucher College and a Masters of Arts in Global Diplomacy from the University of London’s School of Oriental and African Studies (SOAS). Ms. Thompson and her husband, Brandon Whitehurst, reside in Washington, D.C.

Mark Wu serves as a Senior Advisor to the U.S. Trade Representative. He was most recently the Henry L. Stimson Professor and Vice Dean for the Graduate Program and International Legal Studies at Harvard Law School. While in academia, Mr. Wu served on the Advisory Board of the WTO Chairs Programme and the Global Futures Council for Trade and Investment at the World Economic Forum, and before academia Mr. Wu served as Director for Intellectual Property at USTR, a management consultant at McKinsey & Company, and an economist and operations officer at the World Bank. He is a graduate of Yale Law School, Oxford University, and Harvard College.