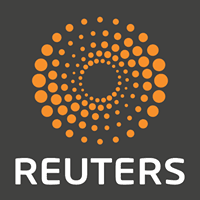 UPDATE 1-UK says it will not bend on health service, standards in U.S. trade talks

LONDON, June 30 (Reuters) – Britain’s government said on Tuesday it would not compromise on the National Health Service (NHS), environmental protection, animal welfare and food safety standards in talks with the United States about a post-Brexit trade deal.

Critics of the negotiations have raised concerns about the possibility of U.S. firms carving out parts of the NHS and selling food products, such as hormone-treated beef, which are currently prohibited.

“The government remains clear on protecting the NHS and not compromising on the UK’s high environmental protection, animal welfare, and food safety standards,” trade minister Elizabeth Truss said after the second round of talks with Washington.

Truss last week accused the United States of talking “a good game” on free trade while keeping many British exports out of its markets.

On Tuesday, she said the talks were “positive and constructive” but she reiterated that London was not in a rush to get a trade deal with the United States.

On business services, both sides discussed how regulators could work more closely on qualifications and licensing. There was also a discussion of ways to help the legal services sector.

A third negotiating round is expected to take place at the end of July, Truss said.