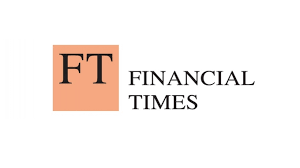 Global trade contracted in the first seven months of the year as political uncertainties intensified and the US-China trade war became more disruptive, resulting in a geographically widespread loss of trade momentum.  The real value of global exports dropped by 0.4 per cent in July compared to the same month last year, according to the Netherlands Bureau for Economic Policy Analysis or CPB’s closely watched World trade monitor. The contraction was milder than a 1.7 per cent fall in June, but it marked the sixth fall in real exports in the last eight months.  In the year through July — a less volatile measure than the monthly figures — the value of global exports was also lower than over the same period last year, when it had recorded a 3.7 per cent expansion.  The real value of global exports contracted even as the global economy continued to expand — albeit at a slowing pace. “These are rates of growth more normally associated with recessions than periods of expansion” said Adam Slater, Lead Economist at Oxford Economics.  The fall largely reflects the rising US-China trade tensions which resulted in higher import tariffs and a double-digit exports contraction between the two countries. Since the start of the trade war at the start of last year, the average US tariffs on Chinese exports rose to more than 23 per cent from 3.1 per cent in January 2018. The US tariffs on China’s imports already reached “a coverage of trade protection unmatched over the last 40 years” said Chad Bown, senior fellow at the Peterson Institute for International Economics, a think-tank.  However, the loss of momentum in global trade has been broad-based as a result of depressed investment. “The uncertainties caused by the trade war are weighting on business investment” said Neil Shearing, chief economist at Capital Economics. In the first seven months, the US, Japan, Central and eastern Europe as well as the Middle East and north Africa all reported an annual contraction in exports. Over the same period, the eurozone reported no growth, down from a 3 per cent annual expansion in the first 7 months of last year.