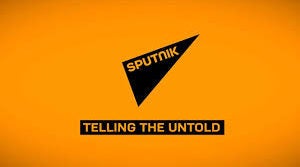 US Pressures EU for Quick Progress on Trade Deal

US officials are urging their European counterparts to advance the talks on a bilateral trade deal in order to resolve lingering disagreements on industrial metals, cars, and agricultural products. However, some Europeans remain skeptical about the potential of such talks.
Kristian Rouz — White House officials say US President Donald Trump is urging his European counterparts to advance talks on a bilateral trade accord. The deal would alleviate global trade tensions and facilitate the trans-Atlantic exchange in goods and services. However, skeptics warn, a trade agreement between the US and EU could leave third-party countries at a disadvantage, contributing to the already heightened turbulence across the emerging markets. German ambassador to the US Emily Haber said the EU had formed a working panel to develop a roadmap toward a trade deal with the US. The initiative comes after last month’s meeting between Trump and the European Commission (EC) President Jean-Claude Junker. Read more here.