Trade news > What does a trade deal promise for soybean exports? 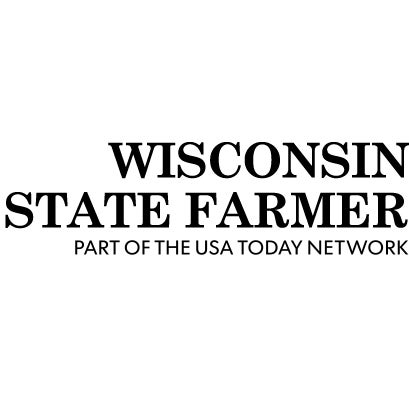 What does a trade deal promise for soybean exports?

The proposed Phase 1 trade deal with China continues to move toward a resolution. An initial announcement of $40 to $50 billion a year of agricultural exports gradually morphed into a $20 billion arrangement. Subsequently, a scenario popped up from Chinese trade commentators framing increased U.S. agricultural imports as China market demands require, according to University of Illinois agricultural economist Todd Hubbs.

“Stronger soybean prices appear to have priced in much of the recent export activity and leave the question of what if any change in soybean exports may come from the new deal,” Hubbs says.

USDA projections for Chinese soybean imports in 2019-20 are at 3.12 billion bushels, up 73 million bushels over the previous marketing-year estimate. The ongoing issues with swine fever led to the Chinese hog herd estimates coming in around 40% below last year, Hubbs notes. “Despite the reduced herd, Chinese attempts at rapid herd expansion and alternative feed use for soybeans to meet protein demands keep soybean imports from falling,” he says.

China reported soybean imports of 301 million bushels in September, with the vast majority of those coming from Brazil. In the run-up to this latest round of negotiations, China exempted 10 million metric tons (367.4 million bushels) of U.S. soybean imports from tariffs. Through Oct. 24, China’s total commitments for U.S. exports sit near 227 million bushels. Space exists for more buying under the current tariff exemption. The implementation of a trade deal in November appears set to change the nature of soybean exports over the next year.

“While the prospect of expanded export totals to China appears promising, the overall increase in soybean export may not be at levels equivalent to Chinese buying,” Hubbs says.

“A reversion to higher South American exports to the rest of the world’s major importers seems assured under expanded Chinese buying of U.S. soybeans,” Hubbs explains. “Projections for non-Chinese soybean imports for the world are expected to decrease around 10 million bushels to 2.318 billion bushels for the marketing year. It seems unlikely China would walk away from the trade relationships built over the last year and a half during the trade war, particularly when substantial uncertainty remains about the prospects of a long-term deal. Significant Chinese buying from non-U.S. sources should continue.”

“In the five marketing years before the onset of the trade war, U.S. exports to China averaged 37.7% of China’s total imports. If the trade deal saw a reversion to that historical average, soybean exports to China this marketing year come in at 1.18 billion bushels,” Hubbs says. “By factoring in export substitutions related to expanded South American shipments to non-Chinese nations, expansion of U.S. exports by 70 to 100 million bushels above the present 1.775 billion bushel projection seems realistic. This scenario remains strongly dependent on production levels in the U.S. and South America and the final framework for the trade deal.”

“The continued deterioration of the U.S. crop diminishes the potential for massive increases in soybean exports that do not impact soybean crush profitability. Brazilian production is forecast to be 5.3% higher than last year as higher export demand drove an increase in acreage,” he says.

Hubbs notes that dry conditions and a slow start to planting in many areas may decrease the potential for a larger yield. “Argentine soybean production is forecast at 1.947 billion bushels, down a little over 4% from last year’s estimate. The evolving nature of Argentine politics injects considerable uncertainty into future profitability for farmers in the region. When considering the potential for the Brazilian crop, the market share of exports remains crucial in determining soybean export potential this marketing year,” he says.

“Expanded soybean exports under the proposed trade agreement look probable,” Hubbs concludes. “The magnitude of this expansion may not be at the levels many hoped for when accounting for changing trade flows associated with South American export potential. A substantial production shortfall from any of the major producing nations holds the potential for major changes to trade flows over the next year.”