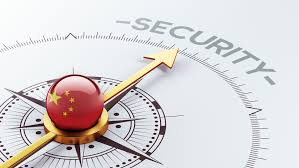 On October 17, 2020, the Standing Committee of China’s legislature, the National People’s Congress (NPC), passed the Export Control Law of the People’s Republic of China, which goes into effect on December 1, 2020 (Chinese text and unofficial English translation).The passage follows three rounds of legislative deliberations since China’s cabinet, the State Council, first presented a draft to the NPC in June 2017. The law realizes a longstanding Chinese government goal of elevating and consolidating ministry level export control authorities under one national-level legal and policy framework. The new law defines China’s export control authorities as a joint mechanism of units under both the State Council and the Central Military Commission that perform export control functions. The action is part of a broader effort by China’s President Xi Jinping to build out national security authorities and reflects themes—such as China’s right to development—as broad justifications for national security-related trade actions.

The final language includes several new provisions that appear aimed at creating a Chinese policy counterweight to the U.S. government’s use of export control authorities to restrict the transfer of U.S. dual-use technology to China, including provisions for retaliatory action and extraterritorial jurisdiction. (See CRS In Focus U.S. Export Control Reforms and China: Issues for Congress.) The United States and other governments—such as those in Japan, Taiwan, and Europe—have tightened China’s access to sensitive technology through strengthened export control authorities and licensing practices over the past two years. Relatedly, there has been a marked upswing over the past year in the number of countries that have sought to ban or impose conditions on the participation of China’s telecommunications firm Huawei in their 5G networks, particularly in Europe.

The Export Control Law gives the Chinese government new policy tools and justifications to deny and impose terms on foreign commercial transactions—both inside and outside of China—on the grounds of China’s national security and national interest. The Chinese government traditionally has sought to restrict foreign investment and imports to advance national industrial goals, although there have been prominent examples of China controlling the export of strategic commodities, such as coke, fluorspar, and rare earth elements. China for some time also has used ad hoc import restrictions to create commercial and political pressures on its major trading partners, a tactic that Beijing has used most recently with Australia and Canada in restricting agriculture and commodity trade. The law gives China’s government new rationales and processes to impose terms on transactions among firms and within joint ventures and other partnerships within China, as well as on exports and offshore transactions. Key licensing factors include not only the particular technology, end use, and end user, but also an entity’s “social credit” rating, highlighting how the government may seek to leverage and enhance the emerging role of China’s social credit system as a policy tool to influence corporate activity.

The law authorizes the government to exercise export controls in retaliation against other countries’ actions, to impose temporary (up to two years) export controls on items not on a control list, and to broadly justify actions with several open-ended clauses. The law also includes provisions for China’s participation in international discussions and regimes and global rulemaking on export controls according to the principles of equality and reciprocity, a sign that China could become more active in trying to set rules and norms that advantage China.


Karen M. Sutter is a Specialist in Asian Trade and Finance at the Congressional Research Service.