ATP RESEARCH > NAFTA under Trump—the myths and the possibilities 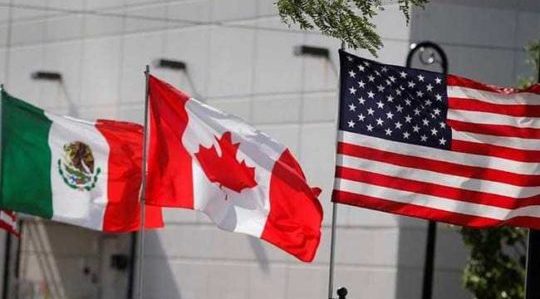 NAFTA under Trump—the myths and the possibilities

NAFTA Trade Agreements Trade Policy U.S. Policy
From Ross Perot’s 1992 claim that the North American Free Trade Agreement would generate a “great sucking sound” as jobs moved from the U.S. to Mexico to President Donald Trump’s claim that the agreement is a job killer, it has been good politics to blame trade with Mexico (and more recently with China) on job losses, particularly in the manufacturing sector. This might look like a fulfilled prophecy given that the increasing trade deficit of the U.S. between 2000-2010 coincided with the loss of close to 6 million manufacturing jobs (yet, since 2010 the manufacturing sector has added over 800,000 new jobs). But the truth is that all advanced economies have been steadily reducing the share of employment in manufacturing, regardless of trade deficits or surpluses. Rather than trade, increases in productivity and technology have been a much larger driver of manufacturing job losses. Compared to the early 1990s, it takes about half the number of workers today in the U.S. to produce the same output. In fact, from 2000 to 2010, while jobs were being lost, total manufacturing output increased by over $800 billion. So how much of the job losses from trade can be attributed to NAFTA, and in particular to Mexico? While it is difficult to assess, it is estimated that U.S. trade with Mexico led to little over 100,000 manufacturing net job losses—equivalent to about 0.1 percent of the U.S. labor force. In fact, good trade agreements should produce job losses in some sectors due to increased competition and the restructuring that follows. Yet, as Harvard’s Dani Rodrik points out, even if NAFTA increased overall welfare for Americans, it has caused labor market challenges such as relatively slow growth of wages of blue-collar workers in areas more exposed to imports from Canada and Mexico. Instead of bemoaning such job losses, the administration should instead focus on better assisting people who lose their jobs—whether due to trade, technology, or productivity gains – to find new work. This could include improved education and training, wage insurance to encourage workers to renter the workforce early, and allowances to encourage people to move to where the jobs are.

This article was originally posted on brookings.edu here