ATP RESEARCH > Tariffs by Fiat: The Widening Chasm between U.S. Antidumping Policy and the Rule of Law 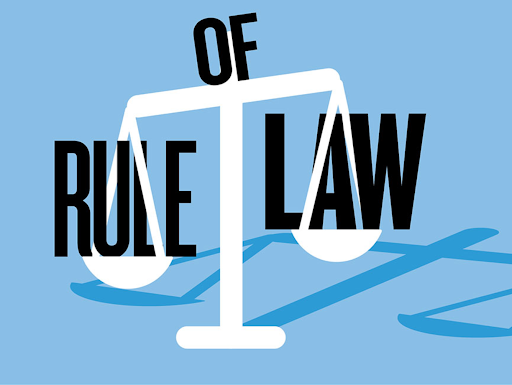 Tariffs by Fiat: The Widening Chasm between U.S. Antidumping Policy and the Rule of Law

Constitutional scholars, lawyers, and policy analysts have long raised concerns about executive branch overreach on trade policy. The issue exploded into prominence in 2018 when President Trump authorized tariffs on imported steel and aluminum, which his Department of Commerce had identified as a national security threat under Section 232 of the Trade Act of 1962. The justification for the finding was widely perceived as frivolous, the tariffs as politically inspired, and the whole process as an abuse of executive power.

By inhibiting commerce between foreign producers and U.S. customers, the antidumping law is a source of friction between the United States and its trade partners. Since most U.S. antidumping measures restrict imports of intermediate inputs, such as industrial chemicals and raw steel, the law also pits U.S. producers of these upstream commodities against their own customers: U.S. companies in industries that consume these inputs to produce their own outputs. Recent changes to the law exacerbate both sets of tensions.

In 2015, through the Trade Preferences Extension Act, Congress amended the antidumping law, weakening the statute’s fraying tether to the rule of law and making it more useful to industries seeking political leverage over foreign competitors and their U.S. customers. The changes were intended to increase the already-high likelihood that antidumping proceedings would result in affirmative findings of dumping and that the duty rates generated by the Department of Commerce would be higher (i.e., more restrictive of imports).

Among the changes sought and obtained by domestic protection‐​seeking industries and their lobbyists in Washington was a provision authorizing Commerce to adjust or recalculate a foreign company’s submitted cost data if it determines that “a particular market situation exists such that the cost of materials and fabrication or other processing of any kind does not accurately reflect the cost of production in the ordinary course of trade.”1Under such circumstances, “the administering authority may use another calculation methodology under this subtitle or any other calculation methodology [emphasis added].”2

Before this change, Commerce could adjust a respondent’s submitted costs only if those costs failed to reconcile to the company’s audited financial statements, the respondent was uncooperative or incapable of supplying the requested information, or those costs reflected transactions not made at arm’s length. The changes authorized by the Trade Preferences Extension Act gave Commerce much broader discretion to decide whether, when, and to what extent it could reject, revise, and recalculate a respondent’s submitted cost data. As a rule of thumb, higher production costs mean higher antidumping duty rates.

In an April 2017 administrative review of the antidumping order on oil country tubular goods (OCTG) from South Korea, Commerce made its first‐​ever affirmative finding of a particular market situation (PMS) under the new law, concluding that the production‐​cost data submitted by the South Korean respondents understated their true costs, warranting an upward adjustment to their reported costs, which resulted in significantly higher antidumping duty rates for U.S. importers of OCTG from South Korea.3

The details of this case and those of 11 subsequent antidumping cases in which a PMS was found support the conclusion that the new provision gives virtually limitless discretion to Commerce to act as it wishes, even if its actions are partial, subjective, or capricious while remaining well within the law. When a law empowers the executive branch to take actions that are unjust and the judiciary’s standards of administrative deference preclude the possibility of remand or restitution, then it falls to Congress to fix what it broke.

The new PMS provision is a direct blow to the rule of law and a possible violation of the Constitution’s nondelegation doctrine. The standard that was established in the jurisprudence on the constitutionality of congressional delegation of authority is that Congress must provide “an intelligible principle” that serves to limit the executive branch’s exercise of discretion.4

The purpose of this analysis is not to argue that the PMS provision is unconstitutional but that it hastens a decades-long transformation of the antidumping law from a plausibly remedial tool into a convenient cover for brute-force protectionism. This outcome damages U.S. import‐​consuming businesses, U.S. consumers, U.S. exporters, foreign exporters, relations with trade partners, and the rule of law in the global trade system.