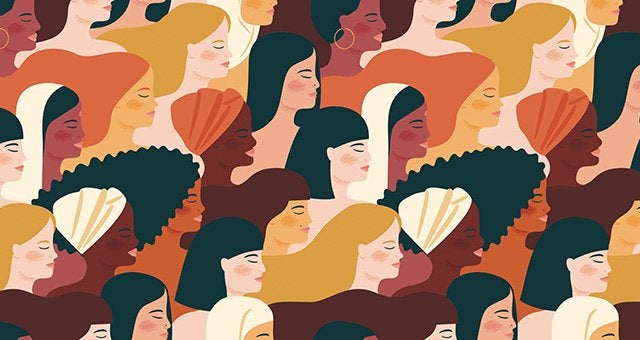 The Evolving Gender Gap in Labor Force Participation During COVID-19

Despite many significant gains by women in the paid workforce in recent decades, the percentage of women participating in the labor force has remained lower than the percentage of male participants. Now, in response to the COVID-19 pandemic and the global economic downturn it precipitated, the gap in labor force participation between men and women1 in some economies has actually widened, with potentially damaging repercussions for women’s career prospects and pay.

The gender gap discussed in this Policy Brief measures the difference between the share of women employed or actively looking for paid work, relative to the share of men. To gauge its evolution over time, and especially during the pandemic, we have compiled a new database across 43 countries (36 member countries of the Organization for Economic Cooperation and Development [OECD] and 7 emerging-market economies) representing 60 percent of global GDP (in current US dollars as of 2019).3 These data track trends over 30 years, providing many valuable insights into the evolving and varied nature of male and female workplace presence. The data will also be updated quarterly and made publicly available. Forthcoming research will examine trends over the three decades of the database, with a focus on demographic factors, differences among sectors of the economy, and what can be learned from the experience of varied government policies. Some preliminary analysis of the trends in 2020, a time of enormous disruption because of the pandemic, suggests that:

• Out of the 43 countries in this study, two Latin American countries—Chile (+2.3 percentage points) and Colombia (+1.3)—and Finland (+1.1) experienced the largest gender gap expansion in monthly labor force participation from early 2020; Colombia and Cyprus experienced the largest expansion in quarterly labor force participation gap by more than 2 percentage points.

• The gender gap widened in the United States, driving 2.5 million women from their jobs in what Vice President Kamala Harris called a “national emergency” for women.

• The quarterly gender gap narrowed the most in three small European economies (Luxembourg, Lithuania, and Malta) by 2.9, 2.1, and 1.5 percentage points, respectively. Nine other countries (Austria, Belgium, Denmark, Ireland, Romania, Russia, the Slovak Republic, Turkey, and the United Kingdom) have also experienced a shrinking of the gender gap in 2020 (see appendix table).

• Female labor force participation fell the most in countries where women are more likely to be employed in the services and retail sales sectors, which were disproportionately affected by the lockdown measures adopted to curb the spread of the virus.

• Employees on temporary contracts were more likely to have lost their jobs during the pandemic. In countries with a lower share of female workers on such contracts relative to men, women were less likely to drop out of the labor force relative to men. Generally speaking, women in temporary employment are at the lower end of the income scale and do not include professional women with credentials who seek career opportunities in their jobs, a sector that has opened up for women in many advanced economies in recent years.

• Not surprisingly, countries with stronger laws against gender discrimination, as measured by the overall World Bank’s Women, Business and the Law index score, experienced fewer disparities between men and women in keeping jobs during the pandemic.

• Greater government expenditure on childcare in the pre-COVID-19 era does not appear to have insulated female workers from the labor-market impacts of the pandemic.