ATP RESEARCH > The Modern Agreement of Amity and Commerce: Toward a New Model for Trade Agreements 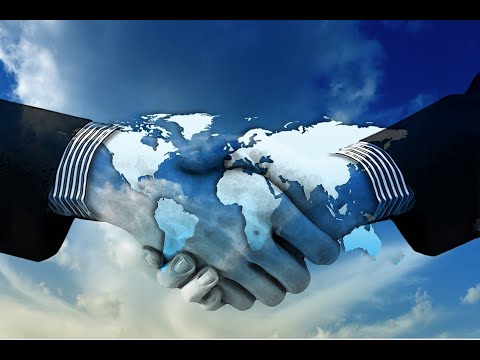 The Modern Agreement of Amity and Commerce: Toward a New Model for Trade Agreements

As globalization comes under fire for serving the needs of corporate elites rather than ordinary citizens, it is important to recall that trade does not have to aggravate inequality. The rules of globalization matter. If we have better rules for trade, trade will produce better results.

Since the 1990s, trade rules have promoted what economist Dani Rodrik has referred to as “hyperglobalization.” The focus has been on liberalizing capital flows with few—or no—constraints on where that capital goes. However, liberalizing capital flows without rules to foster fair competition incentivizes countries to vie for capital investments—and to engage in race-to-the-bottom policies to secure them. Many countries lower costs through labor rights suppression, environmental deregulation, and de minimis tax rates. They may also use subsidies and currency manipulation to further rig cost structures.

This suite of rules is essentially laissez-faire in its orientation. Any government effort to promote competition is disparaged as a protectionist undertaking. The only goal worth pursuing, in this arrangement, is low cost and high returns, regardless of how they are achieved.

However, this low-cost model is expensive. It pits workers in one country against workers in another, as returns to capital increase while returns to labor decrease; it promotes the degradation of the environment; and it robs nations of sufficient revenues to fund the basic needs of their people. Increasingly, these policies are seen as part of a broader violation of the social contract.

Because of these rules, the global trading regime, and bilateral and regional trade agreements, benefit certain sectors, and certain classes, within each country. Yet, these rules do not benefit all sectors, or all classes. We have papered over these structural concerns by relying on the axiom that trade provides an aggregate good. Yet by focusing on the aggregate good, we ignore that the rules of trade decide, at an individual level, for whom trade is good.

This axiom has also blunted our ability to appreciate the validity of the critiques of globalization, which we too easily attribute to misplaced populist grievances. Increasingly, we assure ourselves that if we simply do a better job in domestic policy areas, such as training and the social safety net, we will address any negative consequences arising from trade. While better domestic policy is certainly important, it is no substitute for reforming the rules of globalization, which themselves favor the elite at the expense of the working class.

By writing rules that prioritize fair competition, we cannot only begin to correct the existing imbalance in favor of elites, but we can enable American workers and businesses to compete for customers around the world—all while preserving our values. Indeed, the latter is essential because if we value liberal democracy, we must place greater value on creating markets, both at home and abroad, that support the middle class and strengthen, rather than erode, its purchasing power. The facile argument is that purchasing power is enhanced through cheap consumer goods. However, more thoughtful analysis, such as that offered by Matthew Klein and Michael Pettis in their recent book “Trade Wars are Class Wars,” demonstrates the ways in which government policies promoting income inequality pervert trade and financial flows. These policies promote underconsumption by the people who are most in need, and whose expenditures would do the most to help the economy—the working class. In defending the existing rules of globalization, we focus too much on the consumer, and not enough on the worker.

For decades the prevailing theory has been that trade policy must be insulated from democratic pressures, under the theory that removing such pressures will produce more ideal economic outcomes. However, insulating policy from the influence of the voting public is antidemocratic, and, as we have seen, self-defeating: it leads to a revolt by that same voting public against a regime that, by design, dismisses their views.

Because of this approach, for many years there have been “one size fits all” bilateral and regional trade agreements. Do these agreements work for developing countries? We have no idea. The U.S. experiment with Central America suggests there is much work to be done to understand the circumstances under which developing countries—and the various classes within those countries—benefit from trade agreements, and the circumstances under which they do not. Do benefits inure to the elite, with, at best, trickle-down benefits to the working class?

A model that returns to basics allows us to focus on our priorities. The first American trade agreement was with France. Negotiated by Benjamin Franklin and ratified by the Continental Congress, it was called the Treaty of Amity and Commerce.

If trade agreements are meant to serve the overarching goal of improving amity between the parties, then it follows that we must focus on crafting rules that build positive relations between the parties. That is not achieved by rules that promote Darwinian behavior by stateless corporations that have no allegiance to any sovereign.

However, if these are truly to be agreements grounded in amity, then we must recognize that neither we, nor our friends, are perfect. Trading partners rarely comply with all their obligations. Usually it is clear in advance where they will fall short. The European Union does not want as much American beef or chicken as Americans would like them to want. Canada believes its dairy farmers in Quebec are worth saving, even if it means betraying pure market principles. Our trading partners feel the same way about certain sectors in the United States.

It is partly because of such frictions that the girth of these agreements has expanded. The rules grow ever more detailed as every form of possible cheating (or “chiseling,” as a former negotiator called it) is anticipated and more rules are written to prevent it. As a result, the rules constraining government also grow ever more detailed.

Yet this legalistic approach to trade ignores the reality that, for key sectors, determined governments will inevitably find a way to protect that which they wish to protect.

These elaborate rules are, therefore, both too strict and too porous. The rules are functionally deregulatory, but they do not end circumvention of trade rules in politically sensitive sectors.

It is time to take a more realistic view of what trade agreements can achieve. They can promote amity, if we accept that free market perfection is not achievable and, in any event, not the goal; they can promote values, if we think workers, the environment, and the tax base represent values worth prioritizing; they can promote fair competition, if we believe that competition is more important than phony “efficiencies.”

If we return to a model of amity, then we must also ask who the parties to these agreements should be. Not every trading partner seeks amity with us. Interdependent trade relationships with hostile foreign powers put us in a position of dependence on geopolitical rivals. That does not necessarily mean we should never trade with such countries; rather, it means we must consider under what circumstances we are willing to do so. The United States entered into the Treaty of Amity and Commerce in 1778 with France to solidify the relationship in the face of hostilities with Britain. Britain is, of course, no longer an enemy. Relationships evolve, and so should trade agreements.

As global trade tensions grow, we are now seeing discussion of new forms of cooperation between like-minded democratic allies that have much in common with the historic concept of a Treaty of Amity and Commerce—such as the D-10 grouping of leading democracies formed in 2014. What role can trade agreements like this play in promoting better relationships with countries that share our economic and democratic values, and in weaning our dependence on countries that do not?

This paper provides an explanation of each of the 10 chapters of a Modern Agreement of Amity and Commerce. The agreement sets out a more equitable trading regime with the overarching purpose of fostering positive relations between like-minded parties.


Beth Baltzan founded American Phoenix, and previously worked for the Office of the United States Trade Representative and the House Ways and Means Committee.