Blogs > A Biden Win Could Renew a Democratic Split on Trade 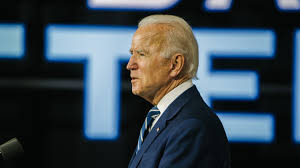 A Biden Win Could Renew a Democratic Split on Trade

WASHINGTON — Joseph R. Biden’s presidential campaign has unified the Democratic Party around a shared goal of ousting President Trump from office. But as the campaign nears an end, a deep split between progressives and moderate Democrats on trade policy is once again spilling out into the open.

As the Biden transition team begins gearing up to select the people who might staff the administration, the progressive wing of the party is pushing for appointees with deep ties to labor unions and congressional Democrats. And they are battling against appointees that they say would seek to restore a “status quo” on trade, including those with ties to corporate lobbyists, trade associations and Washington think tanks that advocate more typical trade deals.

The split is falling along familiar lines between moderates — who see trade agreements as key to American peace and prosperity — and left-wing Democrats, who blame trade deals for hurting American workers in favor of corporate interests.

The division has dogged the Democratic Party for years. President Bill Clinton and Barack Obama joined with moderate Republicans to try to lock in new trade pacts to the chagrin of labor unions and many Congressional Democrats. For Mr. Obama, that split spilled into a fight over the Trans-Pacific Partnership, a multicountry trade pact that became so politically toxic that Hillary Clinton disavowed it during her 2016 presidential campaign.

The rift helped speed the election of President Trump, who won over some blue-collar workers disaffected with the Democratic Party’s trade record by espousing a populist worldview and vowing to rewrite “job-killing” trade pacts like the North American Free Trade Agreement.

The balance of power between progressives and moderates in trade policy will be “a huge issue for the Democrats,” said Simon Lester, an expert in trade policy at the Cato Institute.

“During the campaign, you can kind of gloss over it, you can make statements in vague ways, but at a certain point you have to make decisions about personnel and about policy,” Mr. Lester said.

Mr. Biden has bridged these divisions so far in the campaign by focusing on criticizing Mr. Trump for his costly and erratic trade policy, which he says has alienated allies like Canada and Europe and failed to convince China to make significant economic reforms. Mr. Biden has emphasized broad principles that most Democrats agree on, like working with allies and investing at home to make American businesses more competitive, and he has declined to provide specifics on other policies that might divide his supporters.

In the Oct. 22 debate, Mr. Biden criticized Mr. Trump for embracing “thugs” in North Korea, China and Russia, and he said the president “pokes his finger in the eye of all of our friends, all of our allies.”

“We need to be having the rest of our friends with us, saying to China, ‘These are the rules. You play by them or you’re going to pay the price for not playing by them, economically.’” Mr. Biden said. “That’s the way I will run it.”

Some progressive Democrats have worried that Mr. Biden — who voted for NAFTA in 1993 and to pave the way to bring China into the World Trade Organization in 2000 — would put America back on the mainstream trade policy path that Mr. Obama and Mr. Clinton pursued. Many of Mr. Biden’s closest advisers are holdovers from the Obama administration, who, like Mr. Biden, believe deeply in the benefits of global economic integration.

But Mr. Biden has also done more than previous Democratic presidents to court the progressive wing of his party, pledging to give both labor unions and environmentalists a larger role in writing future trade rules. His vice-presidential pick, Senator Kamala Harris of California, has also taken a more skeptical stance on trade and was one of the few Senate Democrats to vote against the revised NAFTA agreement because it did not contain provisions on climate change.

“He’s going to, in my opinion, run a very labor-friendly administration,” said Jon Leiber, managing director for the United States at the Eurasia Group.

To help quiet any trade fights within the party, Mr. Biden has promised to first focus on domestic priorities like curbing the coronavirus pandemic, addressing climate change and investing in infrastructure and health care before writing new trade deals, signaling that the blistering pace of trade talks seen under President Trump is likely to slow.

“The thing that they realize politically is that if they want strong unity and purpose on things like Covid, infrastructure and climate, they cannot create a war between the congressional Democrats and the White House,” said Lori Wallach, the director Public Citizen’s trade watch, a progressive who has been cited as a potential trade official in a Biden administration.

Mr. Biden has papered over other difficult divisions within the Democratic Party by declining to state a position. Mr. Biden has released more extensive plans for expanding Buy American programs and proposed tax penalties for companies that send jobs overseas.

But on other policy choices, his campaign has been vague. That includes declining to say whether a Biden White House would keep the tariffs Mr. Trump imposed on $360 billion worth of Chinese goods, whether it would proceed with bans on Chinese social media sites like TikTok or WeChat or how it would resolve a standoff that has crippled the World Trade Organization. It’s unclear if a Biden administration would ultimately move to rejoin the Trans-Pacific Partnership, or continue existing trade talks with the United Kingdom and Kenya.

Mr. Biden’s advisers tend to be more unified on China, but there is still a split, people familiar with the conversations say. Some see China as a challenge, but still believe in trying to integrate the country into the global system and work with the Chinese on issues like climate change and nuclear proliferation. Others see a clash between the two systems as more inevitable, and say China’s increasingly authoritarian behavior is likely to preclude much cooperation.

Democrats are unified around some issues — like using new provisions in the revised North American trade agreement to push for labor reforms in Mexico, and updating trade rules to include commitments on climate change. And many Democrats support reforms at the W.T.O. that would pressure China to change its trade practices.

The path of Mr. Biden’s trade policy will depend largely on personnel decisions, including who become the Treasury Secretary, the United States Trade Representative and commerce secretary.

One of the most widely mentioned candidates for Treasury Secretary is Lael Brainard, an economist and member of the Federal Reserve’s Board who served as under secretary for international affairs at the Treasury during the Obama administration. But some congressional Democrats have pointed to Ms. Brainard’s reluctance to label countries like China as currency manipulators when she was at the Treasury, and instead are pushing for Sarah Bloom Raskin, a former Fed governor and Treasury official whom they see as more aligned with their views.

For the U.S. trade representative, progressive politicians and trade experts are pushing candidates including Katherine Tai, the chief trade counsel at the House Ways and Means Committee; Michael Wessel, a member of the U.S.-China Economic and Security Review Commission; and Tom Perriello, a former congressman from Virginia who is now executive director of Open Society-U. S., a philanthropic group, according to people familiar with the conversations.

In a sign of the challenges facing Mr. Biden, those same voices have objected to more mainstream candidates they say could return trade policy to a previous status quo, like Fred Hochberg, the former head of the U.S. Export-Import Bank or Miriam Sapiro, a trade negotiator for the Obama administration who is now at a public relations firm.

The commerce secretary, a position sometimes doled out to wealthy political donors, is also an area where progressives hope to make staffing inroads. The Commerce Department has become increasingly powerful under the Trump administration as it pursued trade cases against other nations, accusing foreign governments of unfairly subsidizing goods sold by American competitors. The department has also levied tariffs on foreign metal and is responsible for imposing sanctions against Chinese companies, including placing several big firms like Huawei on an entity list that prevents them from buying American technology and other components.

Among the names being floated for role of commerce secretary is Rohit Chopra, a commissioner at the Federal Trade Commission and an ally of Senator Elizabeth Warren who has pushed the trade commission to crack down on companies that falsely claim their products are American-made.

Some non-trade roles will also play a part in shaping policy, particularly with regard to China. Top officials in the Departments of State and Defense, as well as the National Security Council, could have outsized influence over the direction of relations with China given the growing concerns among both Democrats and Republicans about Beijing’s economic, military and technology ambitions.

Ana Swanson is based in the Washington bureau and covers trade and international economics for The New York Times.