Brexit and the allocation of cod quotas re-opened old wounds. Now, Norwegian authorities risk conflict with other states about the extent of the Svalbard Treaty, professors argue. 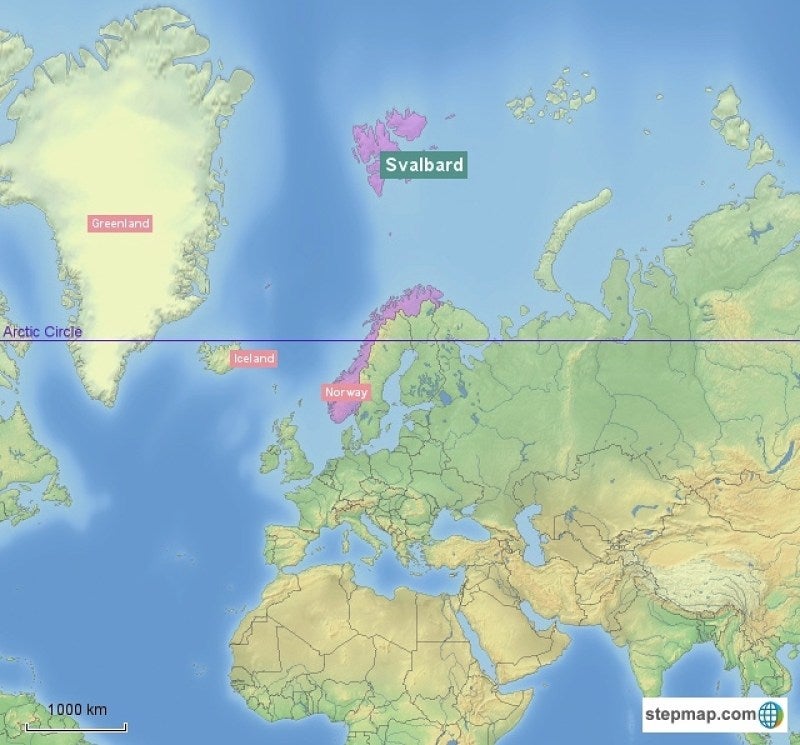 Vessels with flags of all shapes and colors sail in Svalbard waters chasing cod. For a long time, this went on with hardly any friction at all. However, when Great Britain left the EU, the fight over fishing rights around Svalbard resurfaced.

Norwegian authorities argue that the Svalbard Treaty only applies in the 12 Nautic miles from land zone, and that further out, the Law of the Sea applies, granting Norway sovereign rights.

In 1975, coastal states were granted the right to a 200 miles exclusive economic zone. When Norway requested support from its allies to create such a zone around Svalbard, it faced resistance.

In 1977, Norway chose to establish a fisheries protection zone around Svalbard with quotas granted to countries that had historically fished in these waters. This was to avoid conflict with other states about the interpretation of the Svalbard Treaty applied to the ocean areas.

“This has worked for a long time, however, today we risk conflict. Brexit ripped open old wounds”, says Professor Geir Ulfstein at the Institute of Public Law at the University of Oslo.

May cause trouble on land

Following Brexit, the EU and Great Britain divided the historic EU quota amongst themselves. Following on from this, the EU made it clear that it is of the opinion that the Svalbard Treaty applies in the 200 miles’ zone off the coast of Svalbard.

The understanding that the treaty partners may set their own quotas for fisheries if Norway does not provide equal treatment in the fisheries protection zone opens up a risky play about Svalbard, argue Geir Ulfstein, Tore Henriksen and Alf Håkon Hoel in an article published on Rett24.no.

Can the cod issue with the EU have consequences for the Svalbard Treaty too?

“It may have consequences for the treaty itself. In this conflict, it is all about fish qoutas, however, if the EU and other countries argue that Norway alone cannot set the quotas, that can be considered a threat against sovereignty over the archipelago too. A signal that one does not accept Norwegian regulations, that one does not agree with Norwegian regulations, one can do as one pleases. That would be a worst-case scenario. It is currently only about fisheries in the 200 miles’ zone around Svalbard”, Ulfstein responds.

If Norway has dreaded conflict regarding the ocean around Svalbard, why then did the authorities chose to disregard the cod quota about which the EU and Great Britain agreed?

“That is probably a question of whether or not Norway had a choice, as the EU and Great Britain were operating on their own. So far, the conflict only applies to the EU as nothing has come from Great Britain yet. The Norwegian line is based on historic fisheries and still applies to the countries that remain”, Ulfstein explains.

State Secretary Eivind Vad Petersson at the Norwegian Ministry of Foreign Affairs says the cod conflicts is about respecting Norwegian sovereign rights and Norway’s right to regulate in Norwegian areas.

After the cod conflict, the EU has also criticized Norway and Russia for grating more cod quotas in their joint areas in the Barents Sea than what is sustainable, despite the Norwegian-Russian governance being based on scientific advice from the International Council on Marine Research.

The State Secretary says the cod stock in the Barents Sea is one of the world’s best governed fish stocks in the world.

“The EU approach undermines responsible resource management. It serves no one in the longer term, nor the EU”, Petersson says.

He says there is much that goes to indicate that the EU wants to test jurisdiction around the Svalbard Treaty. At the same time, this is quite likely a political game from the EU’s side. Great Britain takes its quota with it when leaving the EU, and the EU has a too large fishing fleet and too small quotas for starters.

“The EU uses this as a crowbar to test legal rights and clarify who holds the right to set quotas”, Sørheim Nilsen says.

What can the EU do to stress this issue?

“It has threatened sanctions against Norway. Limiting market access to fish may be one way [of doing it]”, he says.

Sørheim Nilsen compares the cod quota issue with the snow crab conflict that made it all the way to the Norwegian Supreme Court. As does Andreas Østhagen of the Fridtjof Nansen Institute.

He argues that the cod quota issue, like the snow crab issues, helps clarify Norway’s position on these ocean areas.

“The snow crab case has made the Norwegian bureaucracy even more aware of what the Norwegian interest in this area is. I have spoken to many who say this is a core are of interest for Norway. We do not negotiate about fish management and ocean rights”, he says.

In many ways, this conflict is bigger than just cod. There are more resources in the ocean and on the seabed around Svalbard. On the shelf outside Svalbard, an area that the EU as well as other countries do not recognize as Norwegian, there may in addition to crabs be oil and gas.

“At the end of the day, Norway regulates fisheries in the protection zone”

In a 2019 ruling, the Norwegian Supreme Court ruled that Norway is within its full right when refusing to grant the EU snow crab quotas inside the protection zone which Norway argues to be Norwegian territory.

According to an article by Journalist Professor Rune Ottosen of Forsvarets forum [Defense forum], the Latvian company that lost the supreme court case has taken matters further and it carries the potential of ending up before the International Court of Justice in the Hague.

Shipowners taking the state to court

While the snow crab is a new resource related to the seabed, cod fishing has a long history in the Svalbard zone.

16 shipowners from the EU and Great Britain have now sued the Norwegian state as represented by the Ministry of Trade, Industry and Fisheries in the cod quota case. They argue that the Norwegian state was wrong in reducing fish quotas following Brexit and again refer to Norway’s acting in violation of the Svalbard Treaty which, they argue, also applies to the 200 miles zone.

Oslo District Court says a new planning meeting has been scheduled for 6 January and main negotiations will take place in the period 7 to 11 March 2022.

Ulfstein, Tore Henriksen and Alf Håkon Hoel write in their Rett 24 article that the disagreement about quota rights for other states in the fish protection zone as well as the relationship to the Svalbard Treaty are more suited for treatment on inter-state level.

States are obliged to solve their disputes through peaceful conflict resolution mechanisms. It may happen through both political as well as legal means. Initially, negotiations are often the first go-to method. If that does not lead anywhere, the dispute may – at the final instance – be brought before an international court of law ruling with a legally binding decision.

Hoping for solution through dialogue

The Norwegian Ministry of Foreign Affairs refers to the Ministry of Trade, Industry and Fisheries when it comes to questions about how Norwegian authorities will manage the issue onwards.

State Secretary Vidar Ulriksen says there was a quite peculiar situation in the fall of 2020, when the EU and Great Britain were negotiating their future relationship and would not prioritize other issues. Both the EU and Great Britain were nevertheless informed about how we planning to proceed with setting the 2021 quotas for the fish protection zone around Svalbard.

There has been a lot of contact between Norway and the EU throughout the year regarding this issue, however, and the end of the day, Norway regulates fisheries in the protection zone Ulriksen responds.

Norwegian authorities hope the dispute can be solved through dialogue.

“However, if anyone would want to bring it before a court of law, we have no fears” Ulriksen says.

In September, Norwegian daily Aftenposten wrote that Norway stated that the country would send in the Coast Guard to arrest fishing vessels fishing more than the quota set by Norway.

When High North News contacted the Ministry of Trade, Industry and Fisheries on Thursday 2 December, the EU had caught 98 percent of its 2021 quota  in Norway’s economic zone, including the Svalbard zone. Vessels from Great Britain had caught 99 percent of their quota.

Ulriksen says the fisheries have been stopped for vessels from both the EU and from Great Britain. The Coast Guard routinely monitors what goes on at sea, as it does now, which is quite regular. The Ministry assumes that the authorities in charge do not want to encourage illegal actions.

Did the EU announce sanctions and restrictions to market access for Norway due to the conflict related to cod quotas in the Svalbard zone?

“No, we have not been informed about any such thing”, Ulriksen says.

Wold it be relevant for Norway to increase EU quotas next year?

“The regulation of the cod fisheries in the protected zone is not set yet”, the State Secretary responds.