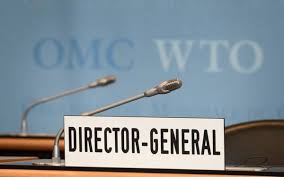 The second round of consultations with WTO Members on winnowing down the list of candidates for the WTO Director-General position from five to two started on September 24 and ends on October 6. While Amb. David Walker of New Zealand, the Chair of the General Council, with his two facilitators, meet with each delegation to learn their two preferences for the second round of the five remaining candidates, there is no public information as to when WTO Members meet with Amb. Walker and the others during the second round.

In a prior post, I had flagged that Minister Yoo Myung-hee of the Republic of Korea was traveling to Europe to press her candidacy. See September 27, 2020, Korean trade minister travels to Europe to push her WTO candidacy; Moldova candidate endorses Kenyan candidate, https://currentthoughtsontrade.com/2020/09/27/korean-trade-minister-travels-to-europe-to-push-herwto-candidacy-moldovan-candidate-endorses-kenyan-candidate/.

Last week there were articles in the Korean press that President Moon Jae-in of Korea had contacted German Chancellor Angela Merkel seeking her support of Minister Yoo for the WTO Director-General position. See The Korea Times, October 1, 2020, Moon seeks Germany’s support for the selection of WTO Chief, https://www.koreatimes.co.kr/www/nation/2020/10/120_296932.html.

European Union governments are nearing an agreement to support the Nigerian and South Korean candidates to lead the World Trade Organisation as the arbiter of international commerce prepares to whittle down a list of contenders.

EU member-country envoys plan on Monday to endorse Ngozi Okonjo-Iweala, Nigeria’s former finance minister, and Yoo Myunghee, South Korea’s trade chief, in their bids to become WTO director-general, according to officials familiar with the matter. They spoke on the condition of anonymity because the deliberations are confidential.

“Of the 27 EU countries, only Hungary withheld support at a Brussels meeting on Friday of national trade experts for a plan to put Ms Okonjo-Iweala and Ms Yoo on the bloc’s new shortlist, according to one official. That resistance may be overcome at Monday’s higher-level gathering, the official said.”

With the consultations ending on Tuesday, October 6, it is expected that there will be a heads of delegation meeting scheduled for October 8 with Chairman Walker and his facilitators reaching out to the five candidates with results on the 7th of October. Axer the first round, leaks occurred with the names of those not advancing hitting the press on the day before the heads of delegation meeting.