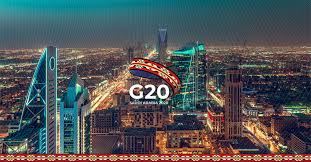 In an earlier post today, I reviewed, inter alia, a statement made by Deputy Director-General Alan Wm Wolff to the G20 trade and investment ministers virtual meeting on the topic of WTO reform and the need for G20 engagement.

The G20 Trade and Investment Ministerial Meeting Communique is now available and is embedded below.


One of five agreed areas of cooperation and coordination by the G20 ministers was on supporting “the necessary reform of the World Trade Organization (WTO) which the Riyadh Initiative on the Future of the WTO provides political support”. Other areas of cooperation and coordination include supporting recovery of international trade and investment from the fallout from COVID-19; encouraging “greater international competitiveness of Micro-, Small and Medium-Sized Enterprises (MSMEs); fostering “economic diversification”; and strengthening “international investment”. Page 1, para. 3.

This post focuses on the second area of cooperation and coordination, reform of the WTO. The Communique contains an articulation of G20 agreement in paragraphs 13-22 and provides in Annex 1 the Chair of the Trade and Investment Working Group’s (TIWG) “Summary of the Exchange of Views under the Riyadh Initiative on the Future of the WTO”. The Annex was prepared under the Chair’s “own responsibility and is without prejudice to the positions of individual members.” Page 3, para 14.

15. We reaffirm our commitment to the objectives and principles enshrined in the Marrakesh Agreement Establishing the WTO.

16. We recognize that the effectiveness of the multilateral trading system depends on the implementation of WTO rules by all Members, as well as their respective enforcement, in order to maintain the balance of Members’ rights and obligations.

17. We remain committed to working actively and constructively with other WTO Members to undertake the necessary reform of the WTO. We recognize that this reform should improve the functions of the WTO and we encourage a constructive discussion of all proposals in this regard.

18. We recognize transparency as an important condition for enhancing trade predictability and fostering trust between WTO members with regards to the compliance with their WTO obligations. In this regard, we reaffirm our commitment to fulfill our WTO transparency obligations and to lead by example and we call on all other WTO Members to do so. We recognize the need for assistance to WTO Members that face capacity constraints in meeting their notification obligations. We acknowledge ongoing discussions to enhance transparency and bolster compliance with notification obligations at the WTO.

19. We underscore the significance of ongoing WTO negotiations and reiterate our support to achieve an agreement by 2020 on comprehensive and effective disciplines on fisheries subsidies, as WTO Ministers decided at the 11th Ministerial Conference. Many members affirm the need to strengthen international rules on industrial subsidies and welcome ongoing international efforts to improve trade rules affecting agriculture. Many of us highlighted agricultural subsidies and agricultural market access. We also stress that urgent action is necessary regarding the functioning of the dispute settlement system in order to contribute to predictability and security in the multilateral trading system.

20. We note the ongoing discussions under the Joint Statement Initiatives (JSI) at the WTO, including the JSI on E-Commerce, Investment Facilitation for Development, MSMEs, and Services Domestic Regulation. G20 participants in these initiatives call for significant progress in the lead up to the 12th WTO Ministerial Conference. We note that concerns have been expressed on rule-making by some G20 members who are not part of the JSIs.

21. We note the process under-way to select the next Director General of the WTO. We look forward to working with all WTO Members towards concluding the selection process by the 7th of November 2020.

22. The 12th WTO Ministerial Conference represents an important milestone in an inclusive and ambitious process of WTO reform. We will use the additional time available until then to bolster our efforts to work constructively with other WTO Members to achieve meaningful progress in advancing our shared interests, including emerging stronger from theCOVID-19 pandemic and progressing with the necessary reform of the WTO to improve its functioning.” [Emphasis added]

While the G20 Communique lays out a number of areas of potential cooperation on WTO reform — fisheries subsidies, joint statement initiatives, transparency — there are other issues where language is qualified (e.g., industrial subsidies, rules on agriculture, agricultural subsidies, and concern re new rules established through plurilaterals). Thus, the known tensions between major G20 members are reflected in the joint Communique.

Similarly, the Annex 1 on the Riyadh Initiative on the Future of the WTO, TIWG Chair’s Summary, pages 8-13 contains sections on “Common Objectives,” “Foundational Principles,” “Collective Vision to Advance the Necessary WTO Reform,” and “Conclusion”. The Annex demonstrates the continued division within the G20 on many aspects of WTO reform. Consider the section on Foundational Principles:

The Chair notes the following outcomes of the exchange of views on foundational principles:

• All members agreed to list the following as part of the principles of the WTO:

Most members stressed that ‘sustainability’ is a principle of the WTO

Most members stressed that ‘market-oriented policies’ is a principle of the WTO.

Some members stressed that ‘special and differential treatment’ is a principle that is integral to and underpins the WTO and that should be preserved. Many members, highlighting that WTO rules contribute to economic growth and development, expressed the view that S&DT is a tool to facilitate the achievement of WTO objectives and should be applied on the basis of demonstrable needs.

Members noted the practice of consensus-based decision making in the WTO, expressly carried over from the GATT in the Marrakesh Agreement. Some members consider this practice to be a principle of the WTO.” Pages 11-12 [Emphasis added].

The qualifications included reflect deep divisions on some issues. For example on whether “market-oriented policies” is a principle of the WTO, China strongly opposes the concept and views discussion of the matter as outside of the WTO’s mandate.

The same presence of divergent views is seen in the Conclusion:

Affirmation of foundational principles of the multilateral trading system with different views being expressed on various issues.

Determination to tackle the necessary reform of the functions of the WTO and to discuss all proposals in this regard.

The need for Members to fulfill their notification obligations as a necessary condition for Members to effectively monitor compliance with existing rules.

Recognition by most members of the value of pursuing plurilateral negotiations on issues where progress can be achieved and emphasis by some members that new rules be adopted by consensus.

Shared sense that the dispute settlement system needs urgent reform, with divergent views on the nature of such reforms.

The Saudi G20 Presidency sincerely hopes that the Riyadh Initiative will help advance the shared interest of WTO Members in bringing about the necessary reform of the WTO, so it can fulfill its objectives of improving the lives of the world’s citizens and ensuring peaceful, inclusive and sustainable economic development through multilateral cooperation.” Page 13 [Emphasis added].

It is obviously a positive development that the G20 trade and investment ministers have been meeting during the COVID-19 pandemic and working together on various issues including keeping markets open, supporting investment (and more) and that the G20 countries are supportive of WTO reform. So today’s Communique is an important positive for many reasons including for the effort to get some focus on WTO reform at the WTO. However, the deep divisions among even the G20 countries show that the road for reform at the WTO will be long and complicated.