Blogs > Tariff Increases Did Not Cause Inflation, and Their Removal Would Undermine Domestic Supply Chains 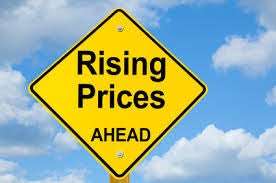 Tariff Increases Did Not Cause Inflation, and Their Removal Would Undermine Domestic Supply Chains

The pronounced inflation uptick in 2021 has attracted enormous attention from both the media and policymakers. While it would be better for working families if inflation were lower, by far the biggest danger this episode poses is the prospect that policymakers will overreact, prescribing a cure that is worse than the disease. One obvious example of a policy overreaction would be a swing toward more-contractionary monetary and fiscal policy, most notably an increase in interest rates.

However, another potentially damaging overreaction to last year’s inflation would be a return to pre-2016 trade policy. Yes, it is true that the Trump administration’s trade policy amounted to little more than unfocused rhetoric. In particular, the Trump administration’s tariffs on steel, aluminum, and other specific products—as well as the general tariffs of up to 25% on more than half of all U.S. imports from China—were treated too often as an end goal rather than a strategic tool to pair with other efforts to restore American competitiveness.

But it is equally true that the pre-Trump status quo in trade policy for decades was deeply damaging to working families and domestic business. Many of those who inflicted this damaging status quo on U.S. workers have tried to leverage the current inflationary episode to roll back all tariffs introduced under the Trump administration in the name of containing inflation. This is a deeply dishonest linkage. Tariffs introduced over the past five years were not large enough, and the timing of them is completely inconsistent with them being a cause—or plausible significant solution—for today’s inflation.

Further, rolling tariffs back would return efforts to reshore key elements of global manufacturing supply chains to the United States back to square one. Given how damaging fragile global supply chains have proven to be—and how important it is to reshore production back to the United States—claims that tariff rollbacks are an answer to inflation are dangerous. Below, we point out the following salient facts:

Total U.S. tariff and customs duties collected rose from $36.6 billion in the fourth quarter of 2016 to $85.7 billion in the third quarter of 2021. This increase of $49.1 billion represents only 0.3% of total U.S. personal consumer expenditures of $16.0 trillion (Bureau of Economic Analysis). Rolling back or even eliminating U.S. tariffs would have only a minimal and transitory impact, at best, on price levels and inflation in the United States.

Further, tariff increases took effect in early 2018 and early 2019—well before inflation accelerated in March 2021—as seen in Figure A below, which shows the inflation rate and total U.S. customs duty revenues as a share of personal consumer expenditures.

In theory, tariff removal could help tamp down inflation. However, the tariffs introduced since 2016 are too small for their removal to make a dent in current inflation. A top-down estimate that simply compares tariff revenues (a good proxy for the upper bound on price effects of tariff removal) to personal consumption expenditures shows that removing all tariffs impose after 2016 would lead to a one-time, 0.3-percentage-point reduction in consumer prices, as illustrated in Figure A.

Tariff removal could, in theory, eliminate about 7.2% of the 4.3% inflation rate in the third quarter of 2021 (lowering the inflation rate from 4.3% to 4.0%), but that would just provide a one-off reduction in price levels and no further buffer or insulation from the inflationary forces in the economy thereafter.

If tariff removal were costless, even if it pushed inflation back by a tiny amount, it might be worth doing. However, it would not be costless. Trade restraints have helped numerous domestic industries rebuild and recover from unfair trade, including the steel and aluminum industries, as we have shown in earlier reports. Tariff removal would threaten these gains and could result in job losses, plant closures, cancellations of planned investments, and further destabilization of the domestic manufacturing base, which would increase domestic dependence on unstable import supply chains.

A review of data at the product and industry levels confirms that tariffs have had only temporary and transitory effects on overall price levels (including competing domestic products), as shown in Figure B. Steel tariffs of up to 25% were imposed beginning in March 2018. The domestic price indexes for overall competing iron and steel and for steel mill products increased by 10.2% to 17.7% between February and September 2018, as shown in Figure B, an increase that was smaller than the tariffs imposed on imports.

Markets then adjusted and domestic steel prices retreated below pre-tariff levels until commodity shortages hit in late 2020 and steel prices surged again to historic highs. The two surges in steel prices are clearly distinct, and COVID price shocks (from August 2020 to November 2021) were eight to 11 times larger than those that followed the imposition of steel tariffs in 2018.

As stressed by economist Daron Acemoglu, “recent bottlenecks and price surges have underscored the risks that come with sprawling global supply chains.” Over the past two decades, the United States lost nearly 70,000 manufacturing plants and more than 5 million manufacturing jobs (forthcoming EPI research). The erosion of the U.S. manufacturing base was driven in large part by systemic distortions of the global trading system by China and other countries. These foreign governments have used massive and illegal subsidies, unfair trade policies, and currency manipulation and excessive private capital inflows that have resulted in the systematic overvaluation of the U.S. dollar by 25% to 30%.

These policies made imports artificially cheap and U.S. exports less competitive on world markets, resulting in growing trade deficits and jobs losses and overextended domestic supply chains that were unprepared to meet the challenges posed by the COVID crisis. And as Acemoglu notes, multinational corporations pounced on the opportunities to globalize supply chains, in part to shift corporate income from workers toward shareholders (and CEOs).

Many of Trump’s tariff hikes lacked a strategic purpose and end goal, and there was no underlying policy effort made to restore American competitiveness. However, tariffs have provided breathing room for some key industries to rebuild. For example, as we showed in a prior report, since the 10% aluminum Section 232 tariffs were imposed in 2018, at least 55 new and expansion projects have been announced in downstream aluminum industries that will employ 4,500 additional workers and generate $6 billion in new investments. Similar results have been observed in the U.S. steel industry following imposition of 232 tariffs.

Tariffs alone are no substitute for comprehensive new trade and manufacturing policies to rebalance trade and rebuild American manufacturing. Investments are desperately needed in research and development, training, and workforce development. And most importantly, new currency and financial policies are needed to rebalance U.S. trade and capital flows and lower the dollar to a more sustainable level to meet the growing competitive challenges posed by China and other nations seeking to expand their unfair trading empires.

Tariffs provide sorely needed breathing room while more serious strategies and policies are developed and put into place. The United States should not pull the rug out from under the Biden administration’s efforts toward building “resilient supply chains, revitalizing American manufacturing, and fostering broad based growth” by removing tariffs before these new strategies can be developed and implemented.

Robert E. Scott joined the Economic Policy Institute in 1997 and is currently director of trade and manufacturing policy research. He has published widely in academic journals and the popular press, including in the Journal of Policy Analysis and Management, the International Review of Applied Economics, and the Stanford Law and Policy Review,  the Detroit News, the New York Times, Los Angeles Times, Newsday, USA Today, The Baltimore Sun, The Washington Times, The Hill, and other newspapers. He has also provided economic commentary for a range of electronic media, including NPR, CNN, Bloomberg, and the BBC. He has a Ph.D. in economics from the University of California at Berkeley.

Adam Hersh joined EPI in 2021, bringing a wide range of research interests from the interrelationship between growth and inequality, to global economic governance, Chinese industrial policy and reform, and climate change. Adam publishes and is cited frequently in both peer reviewed and popular media outlets, regularly provides expert Congressional testimony and advises U.S. and international policymakers and civil society leaders. He is a contributing author of Rewriting the Rules of the American Economy (2015) with Nobel Prize-winner Joseph Stiglitz. Adam has held academic appointments as a Research Associate at the University of Massachusetts’ Political Economy Research Institute, a Research Fellow at the University College London’s Institute for Innovation and Public Purpose, and a Visiting Scholar at Columbia University’s Initiative for Policy Dialogue and at the Shanghai University of Finance and Economics’ Institute for Advanced Research, and teaching macroeconomics and monetary and financial economics at University of Massachusetts, Amherst.