Blogs > The WTO Gets a New Leader, Finally! 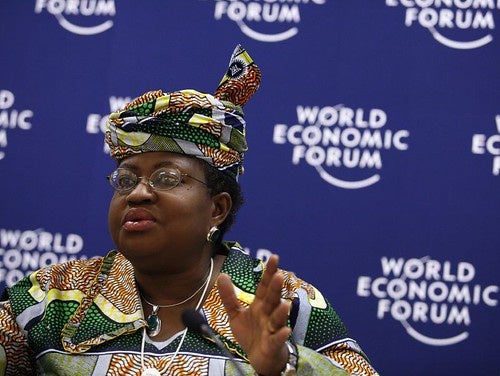 The WTO Gets a New Leader, Finally!

World Trade Organization (WTO) members must be breathing a sigh of relief and enjoying a brief celebratory moment with the selection of Dr. Ngozi Okonjo-Iweala as its new director-general. She is the first African, and first woman to lead the 26-year-old organization. She brings strong credentials to the job, having served as Nigeria’s finance minister and as managing director at the World Bank.

In an interview with her this past summer in a joint WITA-ASPI webinar, I was struck by her clear and insightful responses, deep sense of the difficulties facing the WTO, and a strong self-confidence. But, any celebration in Geneva will be short-lived. The challenges facing the WTO membership are formidable, widespread, and growing. They require not only urgent attention but strong actions.

Nothing for the WTO comes easy these days. Roberto Azevedo surprised his colleagues when he announced last May that he would step down as director-general one year before his term officially expired. This set into motion what was to be a five-month process to select his successor, with a slate of excellent candidates emerging. But, this exercise experienced an unexpected jolt when the United States refused to join others in their support for Okonjo-Iweala. As a result, the process was extended several more months, leaving decisions to the incoming Biden Administration.

Okonjo-Iweala must hit the ground running if she is to be successful in reforming the troubled organization and reasserting its relevance. She faces a broken dispute settlement system, which if not fixed will lead to more countries settling differences unilaterally. The failure of the WTO membership to update and strengthen the WTO rule book has resulted in a steadily increasing number of bilateral and regional trade agreements. Moreover, the WTO has been weak in its COVID response, while standing on the sidelines as the United States and China, the two largest economies, have battled it out with WTO-inconsistent tariff escalation.

The new director-general will have a number of important personnel appointments to make, including a chef de cabinet and four deputy director-generals. This group must be sufficiently senior and well-respected to help unlock progress on the reform agenda. In doing so, she can also rely on the capable Secretariat staff who have done an impressive job in keeping the trains running since Azevedo’s departure. Developing the trust of the WTO Ambassadors in Geneva will be important, but not sufficient. She will need to enlist support from capitals as well. Outreach to trade ministers and other decision-makers around the world should be on the top of her inbox.

Setting early priorities will be critical. Taking on too much at the outset can be a recipe for disaster as many leaders through the years have found out the hard way. During our July interview, Okonjo-Iweala said that she would look for some early “wins to celebrate and show that the WTO is back.” Different members undoubtedly will share their own strong views on what must be addressed first. Listening to all perspectives is important. But more critical will be to develop a balanced package of priorities that are impactful, doable, and responsive to the concerns of as many members as possible. At the same time, she could build trust by sharing her plan for taking on those matters that may require more time.

Okonjo-Iweala’s tenure coincides with the start of a new Administration in Washington, which already is providing a boost to her work. In announcing its support for Okonjo-Iweala, the United States expressed its commitment to “positive, constructive and active engagement” with all WTO members, a stark contrast from the last four years. In addition, China has appointed a new WTO Ambassador, Li Chenggang, a trade veteran already well known to many of his colleagues, which may also allow for a fresh look at some of the seemingly intractable issues.

At the end of the day, the organization is only as good as its membership. Even the most qualified and experienced director-general cannot be expected to tackle the negotiation, dispute settlement, and governance challenges without the strong commitment and backing of its members. Okonjo-Iweala’s selection as the new WTO director-general provides an important opportunity to jumpstart discussions, decisions, and actions that can help put the WTO back on the map. Members should seize this opportunity – it may be their last shot.