The surge in the U.S. goods trade deficit extends a surge in offshoring that has eliminated more than 5 million manufacturing jobs and nearly 70,000 factories since 1998, with overlooked costs for Black workers and other workers of color, as we describe in this new EPI report.

While both imports and exports were depressed in 2020 due to the COVID recession, U.S. trade deficits increased sharply in both 2020 and 2021, as shown in the figure below. This is because the United States was unable to produce the goods needed to respond to the pandemic and to meet increased domestic demand for consumer goods. 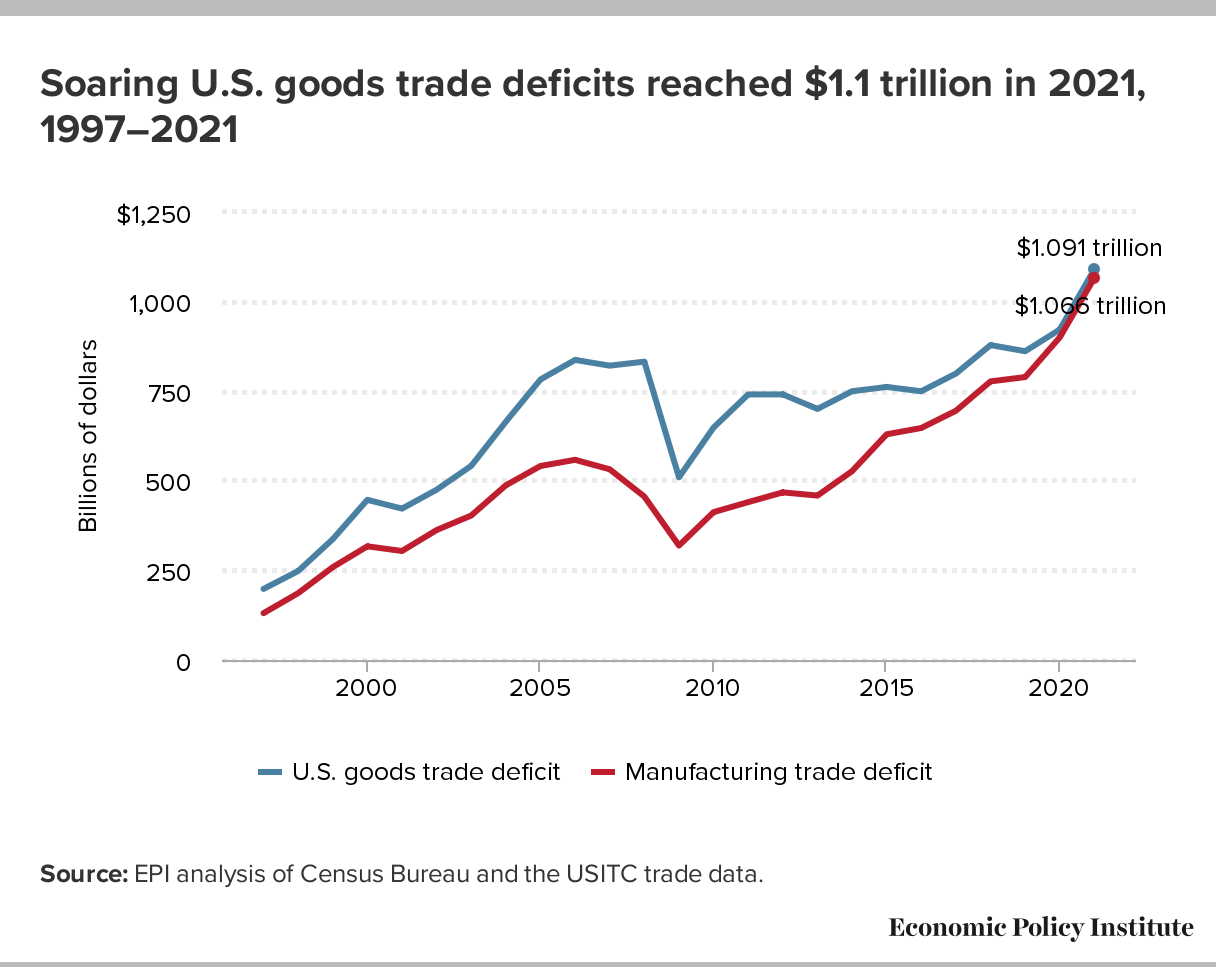 Growing trade deficits have hurt U.S. manufacturing output and employment during the recovery, contributing to the net loss of 226,000 U.S. manufacturing jobs since December 2019. Federal relief spending is leaking away from domestic producers and supporting job creation in other countries.

U.S. trade deficits are almost entirely explained (98.8%) by the deficit in manufactured products, as shown in the figure above, in part because the United States has become a net exporter of crude oil and refined petroleum products over the past two years. The U.S. trade deficit in manufactured goods is explained by China’s soaring global trade surplus, which has increased 60% since 2019, and by imports from other countries with structural trade surpluses, including Japan, South Korea, and the European Union.

These trade surpluses are, in part, the result of these countries undertaking trade and industrial policies to boost manufacturing. If the United States fails to do the same, we’ll continue to lose ground. In addition, China and other surplus countries have maintained persistently undervalued currencies since the 1990s through financial manipulation and excess U.S. capital inflows, which help explain these trade imbalances.

Robert E. Scott is a Senior Economist and the Director of Trade and Manufacturing Policy Research.