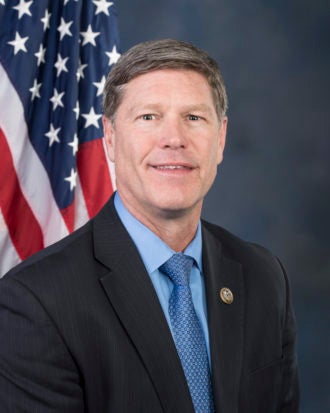 Join WITA and ALI for an interview with Congressman Ron Kind, (D-WI).
WITA is co-hosting a webinar with the American Leadership Initiative (ALI) with Congressman Ron Kind (D-WI), a senior member of the House Ways and MeansTrade Subcommittee.
He will be discussing the future of trade in the wake of COVID-19, focusing on how we can maintain an open global trading system, and the role that the WTO can play in encouraging countries not to tax or restrict the export of medical equipment and limit the calls for onshoring supply chains.

Ron is a member of the Ways and Means Committee, which has jurisdiction over tax policy, Medicare, Social Security, and international trade. He serves on the Subcommittee on Health, and since becoming a member in 2007, Ron has focused his work primarily on that of issues relating to small business, specifically their health care challenges. Ron also serves on the Subcommittee on Trade.

Ron served as a member of the Natural Resources Committee from 1996-2010.  His work on the committee allowed him to focus on a tremendously important issue to western Wisconsin – the Mississippi River.  As a committee member and the co-chair of the Upper Mississippi Caucus, Ron worked hard to restore the river, combat invasive species, and ensure it remains a thriving resource for recreation and transportation. Though he is no longer serving on the committee, his work to protect and preserve our natural resources continues.

In addition to his committee work, Ron has focused on the issue of agriculture reform, receiving national recognition in 2007 for his work to move the farm bill away from cash-crop subsidies for wealthy agribusinesses and toward increased conservation to help more farmers in more regions of the country. Ron is also a past Chair of the centrist “New Democrat Coalition” and co-chairs the Congressional Fitness Caucus, the Congressional Organic Caucus, the National Parks Caucus, and the Upper Mississippi River Basin Task Force.  He is also the former co-chair of the Congressional Sportsmen’s Caucus.

Ron is a graduate of La Crosse Logan High School. His success in academics and football there brought him to Harvard University where he earned a Bachelor’s degree. Later, Ron earned a Master’s degree from the London School of Economics and a Law Degree from the University of Minnesota.

Washington is still a weekly commute for Ron, he and his wife Tawni still live in La Crosse. They have two college-aged sons, Johnny (1996) and Matthew (1998).