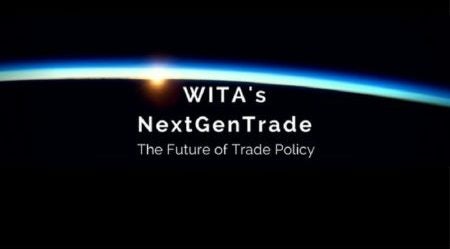 Stephen Lamar and Kenneth I Levinson

“There are known knowns. These are things we know that we know. There are known unknowns. That is to say, there are things that we know we don’t know. But there are also unknown unknowns. There are things we don’t know we don’t know.”                    – Donald Rumsfeld, former Secretary of Defense
What we do know is that the next President of the United States, whoever she or he may be, will have the authority to negotiate new trade agreements.  What we don’t know is whether he or she will be negotiating the next trade agreements in the context of having a Transpacific Partnership Trade Agreement (TPP) in place, or one in which there is no TPP.  Either scenario creates its own set of policy imperatives, but what are those?
Today the Washington International Trade Association (WITA) is launching its Next Generation Trade (NextGenTrade) initiative.  NextGenTrade™ will identify emergent trade issues that will be at the center of trade discussions, negotiations and disputes in the years to come.  Through NextGenTrade, WITA will lead this conversation, educate the public, and equip trade professionals to address the issues constructively.
The dialogue about international trade is overheated, polarized, and stale.  The same arguments have been made for decades.  Today, with information coming from so many sources, policymakers and the public create their own filters for information and immediately categorize what they see as being either “pro-trade” or “anti-trade/protectionist.”  Once so characterized, the reader immediately discounts the facts presented, and attributes them to the bias of the organization presenting the information.
WITA is the preeminent, impartial and non-partisan, trade-centric organization in Washington.  As the largest organization for trade professionals in D.C. and the world, its membership/readership consists of nearly all important trade policymakers in the U.S. Government, at foreign embassies, and leaders across the trade-political spectrum in business, law, academia and NGOs.  Our job at WITA is to make sure that policymakers and the public have the facts needed to make decisions about the future direction of trade for America and the world.
Through our website, AmericasTradePolicy.com (ATP), NextGenTrade will offer original content on emerging trade issues such as inclusive trade and sustainability, development, digital trade, services, labor, workforce development, and issues related to emergent technologies, including the impact they may have on established industries (disruptive technologies).
WITA will engage writers and researchers from across the trade-political spectrum to create this content.  ATP will also provide an “echo chamber” for materials published by other organizations that are consistent with the mission of NextGenTrade.
WITA will distribute its content to its 8,000-person distribution list, and across its web and social media platforms.  WITA will also amplify the reach of NextGenTrade through events that feature NextGenTrade authors and key topics addressed by the NextGenTrade.
The confluence of politics and trade has confused the conversation about what trade policy should look like today and into the future.  NextGenTrade – working with all of you – hopes to illuminate the future of trade.  We will explore the policies and ideas that should guide policymakers and the public when they think about international trade in the months and years to come, free from the filter of the politics of trade.  We welcome your ideas for topics about the future of the global economy and trade policy.
—————————————-
Stephen Lamar, President of the Board, Washington International Trade Association, and Executive Vice President of the American Apparel &Footwear Association
Kenneth I Levinson, Executive Director, Washington International Trade Association
For more information, please contact us at NextGenTrade@wita.org